Home / WORLD / Russia comments on normalization of ties with West

Russia comments on normalization of ties with West 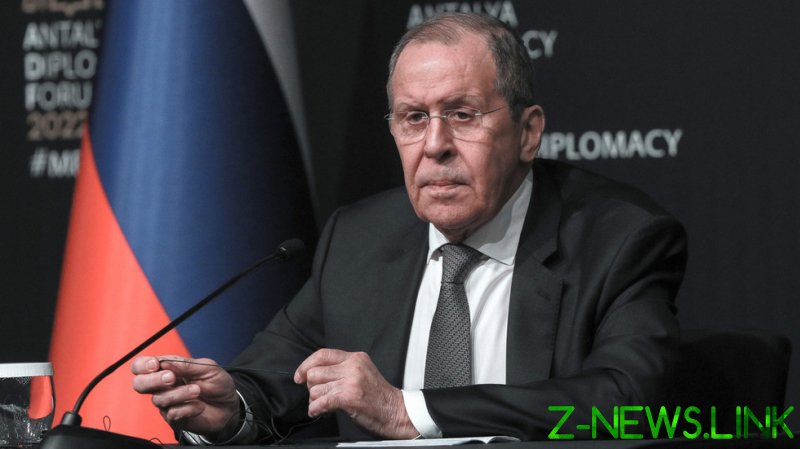 Russian Foreign Minister Sergey Lavrov has made it clear that Moscow will not propose initiatives to normalize relations with the West at this point.

On Saturday, Lavrov announced that while Russia was “open to cooperation with any countries, including Western ones,” Moscow was not going to “propose any initiatives” aimed at normalizing relations with the West. Instead, Lavrov said, Russia would wait and “see how they will be finding a way out of this dead end they have driven themselves into.”

On top of that, Russia’s top diplomat argued that “even regardless of the situation around Ukraine and sanctions, the West’s behavior just goes to show that it is an unreliable partner.” The recent freezing of Russia’s central bank’s assets, according to Lavrov, illustrates that other countries’ reserves could potentially be “simply stolen” too.

Lavrov also claimed that Western companies that have pulled out of Russia have done so under immense pressure from their governments. He added that Moscow would solve all the economic problems it was facing.

The Russian official went on to argue that “in NATO, it is of course the US that calls the tune.” According to Lavrov, “now the European Union is being trampled on by NATO,” with “countries that are not NATO members – neutral nations – Sweden, Finland, Austria – joining in the cooperation called collective mobility.” Lavrov noted that the latter term effectively stood for those countries’ consent to the military alliance moving its hardware and troops through their territory “when NATO needs to move its military infrastructure eastward.”

Speaking of NATO and the EU, Lavrov claimed that “there is little democracy in the Western structures,” adding that consensus in both NATO and the EU was a “fiction.” He referenced the Western sanctions imposed on Russia following 2014 when, as Lavrov put it, “you would think everything had already happened: Crimea, the Donbass, the Minsk agreements.” Russia’s top diplomat noted that the West kept introducing new batches of punitive measures every six months regardless. Lavrov said that in private conversation, many European colleagues had told him that they realized that sanctions were a road to nowhere. Yet those European officials supposedly also told their Russian counterpart that there was such a thing as the European consensus. Lavrov claimed that no one in Europe apparently had the guts to make their true feelings regarding anti-Russian sanctions known.

Following February 24, when Russia launched a military campaign against Ukraine, the US, Canada, the whole of the EU, Australia, Japan and several other nations slapped crippling sanctions on Moscow, targeting, among other things, the country’s central bank’s assets, a number of major commercial banks, as well as Russia’s top officials, including Putin and Lavrov.