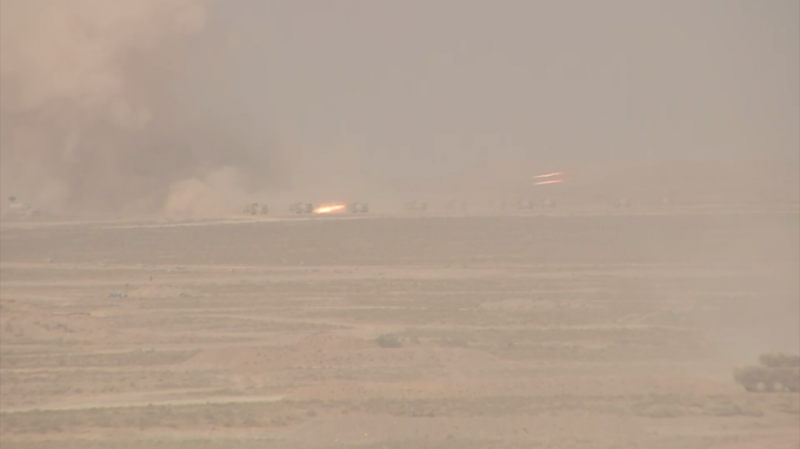 That’s according to Chinese Defense Minister Wei Fenghe, who spoke on Friday following a week of war games.

“These drills have great significance,” Wei said. “These are the first joint drills organized in China since the outbreak of the epidemic. And these are the first-ever Chinese operational and strategic maneuvers with the participation of Russian troops.”

Wei went on to explain that the exercises reflect the “unwavering support between China and Russia,” noting the development of inter-army ties at a “high level.”

“This fully demonstrates the close relationship between China and Russia, the unbreakable bond between the Chinese and Russian armed forces, and the strong and enduring friendship between us personally,” Wei said, talking to his Russian counterpart Sergey Shoigu.

Shoigu also commended troops from both nations, praising them for their professionalism.

The head of the Russian Defense Ministry noted the coordinated actions and high professionalism of the participants in the maneuvers, before suggesting that Beijing and Moscow deepen their cooperation even further.

“We have reached a high level of interaction of our armed forces on land, in the air, and at sea. Building it up is an important direction of further activity,” Shoigu said.

The exercises took place at the Qingtongxia training ground in northern China. According to the Russian military, more than 10,000 troops took part, along with about 200 armored vehicles, 90 pieces of artillery, and more than 100 aircraft and helicopters.