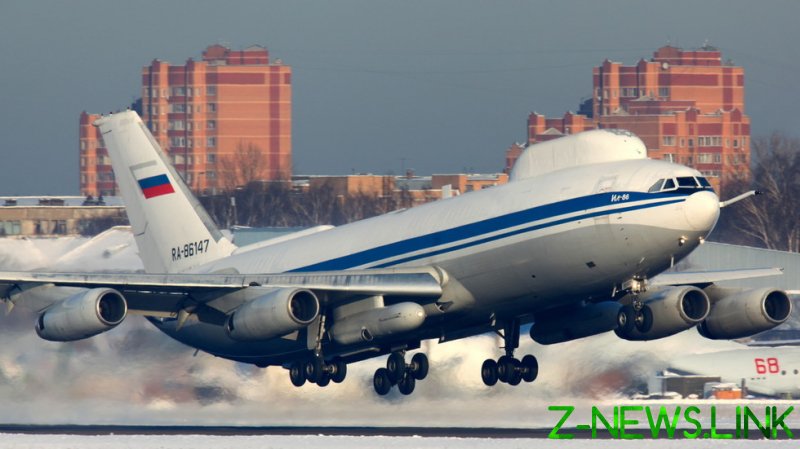 That’s according to RIA Novosti, citing a source in the military-industrial industry, which revealed that the new plane will be based on a wide-body Il-96-400M, made by the country’s well-established Ilyushin aircraft manufacturer.

It is reported that the Russian government will receive two planes.

As well as keeping the country’s top brass safe, the aircraft also acts as a remote command post, allowing the leadership to send orders from the sky. These new jets will eventually replace the existing Ilyushin Il-80 ‘doomsday planes’. With the latest technology, the newly built aircraft will have a much longer range, have the ability to refuel mid-air and be even able to communicate with submarines within a 6,000km radius.

As things stand, the Russian Aerospace Forces currently have four Il-80 air command posts. Made originally during the Soviet period, the planes are based on the Il-86 passenger aircraft, flown for many years by the likes of Aeroflot.

However, despite the secrecy that surrounds the high-security planes, one of them was robbed last year. Two unknown assailants stole 39 units of electronic equipment and 5 radio station boards installed on board the plane while it was undergoing scheduled modernization work, in Taganrog, in the south of the country. However, according to the state-owned United Aircraft Corporation (UAC), none of the stolen equipment was essential for the purpose of the aircraft.

An analogue also exists in the US, called the Boeing E-4 Advanced Airborne Command Post. This plane is designed to be a survivable mobile command post for the president and other senior members of the command structure.