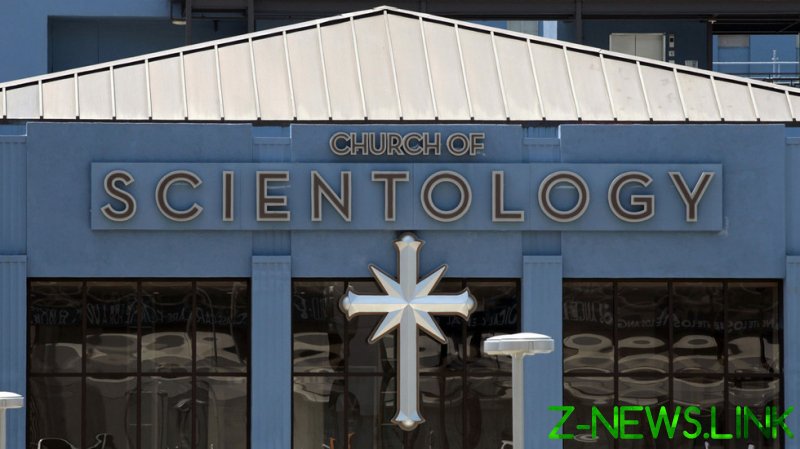 An updated list of “undesirable” organizations was released by the Justice Ministry on Friday, just over a week after the Russian Prosecutor General’s office advised a ban for several Church of Scientology groups.

Both groups were deemed a threat to Russia’s national security, according to a previous statement from the prosecutor’s office. The inclusion of Scientology on Russia’s list of “undesirable” organizations, which currently number at 49, means the group is now prohibited from conducting any activities in Russia, with its local chapters to be forcibly closed and assets frozen.

The decision follows a decades-long fight to ban Scientology from illegally profiting on Russian territory, with the first major effort to restrict the group dating back to 1996, some twelve years after the organization gained a foothold in what was then the Soviet Union. However, it was not until the 2010s when authorities really cracked down on Scientology groups, investigating major branches in Moscow and St. Petersburg, as well as their leaders, on charges of illegal business activities and extremism. Some of the group’s literature has been outlawed as extremist material, while its Moscow chapter was ordered closed by the Supreme Court in 2016.

The Church of Scientology, which was founded by American science fiction novelist L. Ron Hubbard in the 1950s, describes itself as a new religious movement, while its critics believe the group to be either a dangerous cult, a business trying to dodge taxes using religious exemptions, or some combination of both.

While the group has rarely achieved full-blown recognition from state authorities around the world, it has managed to obtain a tax exemption status in a number of countries. At the same time, Russia is far from being the only nation actively obstructing the group’s activities and influence. A drawn-out case in Belgian against the ‘church’ involved charges of bribery, extortion, fraud, and the unlicensed practice of medicine, but its leaders were acquitted of all charges. Meanwhile in France, Scientology has been classified as a dangerous cult and seven of its members were convicted on various charges, including contribution to suicide.

Ironically, it was the Strasbourg, France-based European Court of Human Rights (ECHR) that came to the defense of Scientology in its case in Russia, accusing authorities of religious discrimination. In fact, the group appears so confident about the ECHR’s support that an American representative once said of the situation in France, “if it has to go to the court of human rights we’re confident we will win there.”

The US has consistently lambasted any country attempting to take the group and its leaders to court as discriminating on religious grounds, despite a long history of lawsuits and other legal issues with the group within the United States. In the 1970s, the ‘church’ carried out what it dubbed ‘Operation Snow White,’ which reportedly saw up to 5,000 Scientologists infiltrate scores of US government agencies – namely the IRS – where they stole documents, wiretapped phones of government agents and carried out other surveillance. Several high-ranking Scientologists, among them Hubbard’s then-wife Mary Sue, pleaded guilty to charges linked to the massive infiltration op, including obstruction of justice, burglary of government offices, and theft of documents and government property.