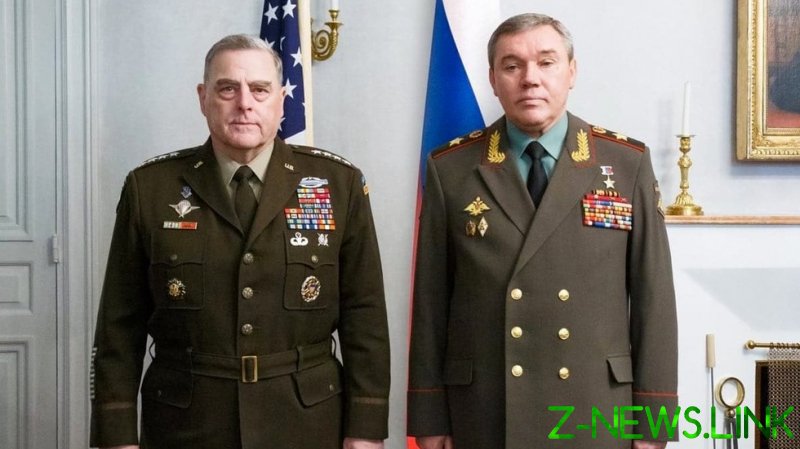 The Pentagon confirmed that the two “military leaders discussed several security-related issues of concern.” The phone call was part of efforts aimed at ensuring “risk reduction and operational de-confliction,” its statement added.

Neither the Pentagon, nor the Russian Defense Ministry have revealed any additional details of the call in their respective statements. It came as Russian Defense Minister Sergey Shoigu said American nuclear-capable bombers had made dozens of sorties across Eastern Europe in recent weeks.

The drills involved the bombers practicing “their ability to use nuclear weapons against Russia,” Shoigu said after meeting with Chinese defense minister, Wei Fenghe, in Moscow on Tuesday.

Tensions between Russia and NATO have also been growing recently, as Kiev and the US claimed Moscow was building up forces not far from Ukrainian territory, implying it could be a precursor to a potential invasion. Russia has consistently denied such claims, with the country’s foreign intelligence agency, the SVR, accusing the US of being behind a disinformation campaign that only stirs up tensions and increases risk of a conflict.