Russia adopted a new decision on the Kerch bridge 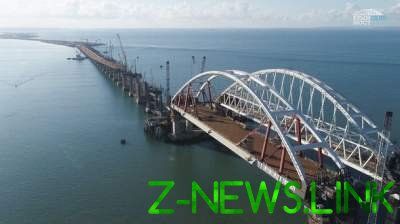 The Russian authorities decided to put the Kerch bridge under military guard.

The bridge across the Kerch Strait will protect the new military formation. This was stated by the head of Regardie Viktor Zolotov.

“For the solution of Asgardia tasks to ensure the security of transport crossing through the Kerch Strait, in a newly created southern district troops will form a new connection – a marine brigade,” said Zolotov.

He also added that Regardie already implementing the “protection” of the International children’s center “Artek” and the protection of the power bridge in the Kerch Strait.

Earlier, the chief engineer of PKU uprdor “Taman” Rosavtodor Yury Safonov said that the construction of a bridge across the Kerch Strait has already been funded by nearly 70% and has already spent just over 100 billion rubles.

We will remind, in the Netherlands, a scandal erupted over the Kerch bridge. There have suspected two Dutch companies in the illegal participation in the construction of the bridge the Russians in occupied Crimea.