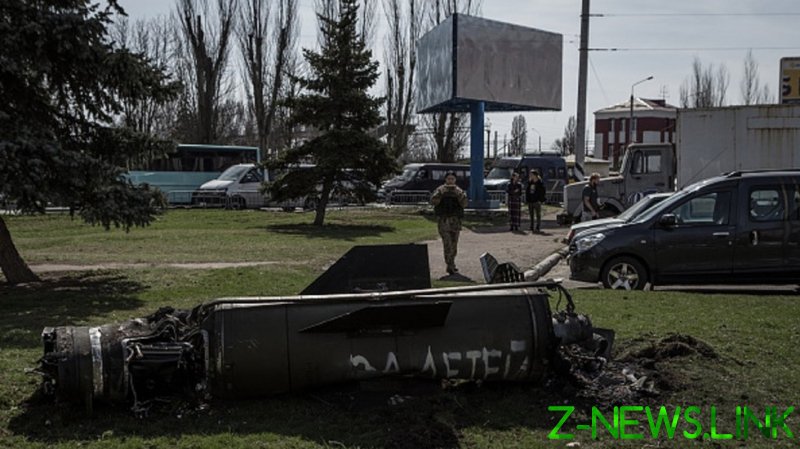 The Russian Foreign Ministry has called on Western nations to stop supplying Ukraine’s armed forces with weapons in the wake of a missile attack on a train station in the city of Kramatorsk that killed dozens of civilians on Friday.

The ministry has requested that the international community “make an unbiased assessment” of the actions of the Ukrainian forces and “stop supplying them with weapons, as well as urge Kiev to abandon unacceptable fighting methods.”

Earlier, Moscow accused Kiev of being behind the attack that has claimed the lives of 50 people, including five children, according to the latest assessments provided by both sides.

Kramatorsk is a city in the northern part of the Donetsk region and is claimed by the Donetsk People’s Republic as part of its territory. When hostilities broke out in eastern Ukraine in the wake of the 2014 Maidan coup, the city remained under Kiev’s control. 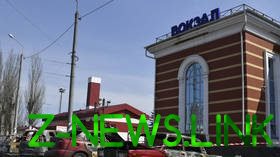 It is the Ukrainian army that employs Tochka-U ballistic missiles, similar to the one that hit the central train station in Kramatorsk, the Foreign Ministry reminded, repeating the claims made earlier by the Russian Defense Ministry.

The Russian military also said earlier that it had pinpointed the location from which the missile had allegedly been launched. According to defense officials, it came from the town of Dobropole, which is located southwest of Kramatorsk and has been under the control of Ukrainian forces.

The Foreign Ministry has denounced the attack as a “barbaric act of aggression” and said that it only proves Russia had been right to launch its military operation to protect the two Donbass republics it had earlier recognized. The attack on Kramatorsk also closely resembles another missile strike that killed 17 people in the city of Donetsk in mid-March, it has added.

“We are convinced that the Kiev authorities will not escape justice,” the ministry’s statement said. 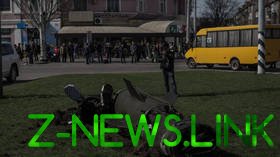 Kiev has accused Russia of being behind the strike in Kramatorsk, claiming it was a deliberate attack on civilians fleeing the conflict. President Volodymyr Zelensky has called it another example of Russia’s “evil” that “knows no boundaries.”

Some Ukrainian officials had initially claimed the station was hit by a Russian Iskander missile. However, images of a fragment of a Tochka-U were taken at the scene and later surfaced on social media.

“The attack … shows the depths to which Putin’s vaunted army has sunk,” Johnson has told a news conference after meeting with German Chancellor Olaf Scholz in London. “It is a war crime indiscriminately to attack civilians, and Russia’s crimes in Ukraine will not go unnoticed or unpunished,” he has added, without providing or citing any evidence. 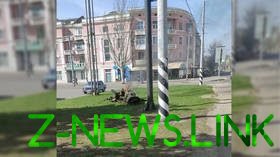