Russia accused Ukraine’s permanent representative at the UN of cowardice 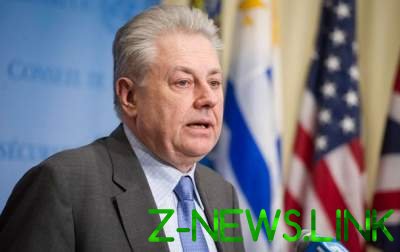 Russia has condemned the words of Yelchenko about “arrogance and anger” Churkin.

The Ministry of foreign Affairs of Russia has condemned the statement by the permanent representative of Ukraine to the United Nations Volodymyr Yelchenko on Russian counterpart Vitaly Churkin.

On the eve Yelchenko said that the new Russian Ambassador to the UN “does not have the arrogance and undisguised anger in relation to Ukraine, which is constantly with great pleasure demonstrated by the late Mr. Churkin”.

“The Ukrainian permanent representative to the UN is ready to attack on the dead. In the face Churkin, he does not dare, coward”, – said the speaker of Russian foreign Ministry Maria Zakharova.

The statement by the Ukrainian diplomat also responded and the Federation Council. Member of the Committee of the upper house of Parliament’s foreign Affairs Sergei Tsekov in comments RT stressed that the words Yelchenko “completely inappropriate, untrue”.

In February of this year, died suddenly Vitaly Churkin, who held the post of permanent representative of Russia to the UN. In March Yelchenko said that the performances Churkin on the situation in Ukraine is no excuse.