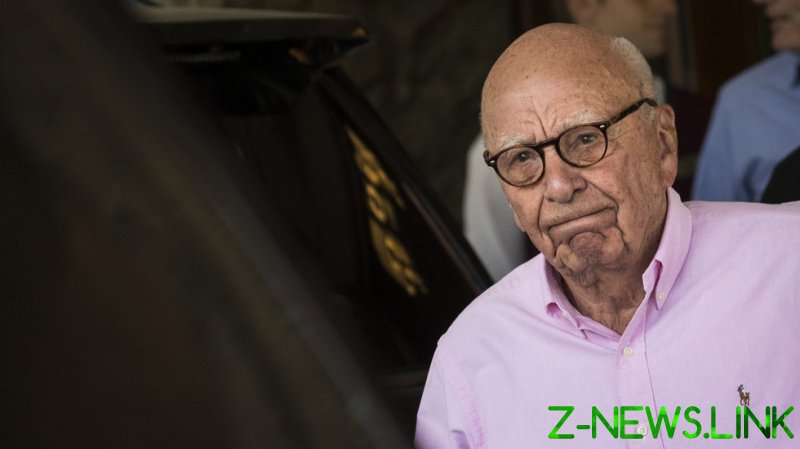 In a pre-recorded acceptance speech thanking the Australia Day Foundation for honoring him with a lifetime achievement award, the Fox News owner expressed dismay over a “wave of censorship that seeks to silence conversation, to stifle debate and ultimately stop individuals and societies from realizing their potential.”

He went on to lament how social media was abetting a “rigidly enforced conformity” that acts as “a straitjacket on sensibility.”

But there were plenty of others who argued that Murdoch is the last person who should be giving lectures about nefarious influences stifling healthy public discourse.

Many pointed to the 2011 News of the World hacking scandal, in which the now-defunct outlet, which was owned by Murdoch’s News Corp, was accused of hacking the phones of celebrities, politicians, members of the royal family, and even the telephone belonging to a murdered schoolgirl, in pursuit of scoops for the paper. Murdoch stepped down as director of News Corp following public outcry over the scandal and the paper was shut.

Others blamed Murdoch’s media empire for fanning the flames that led to violence at the US Capitol on January 6, with one Twitter user quipping that “woke orthodoxy” was preferable to “civil wars and unrest.”

Journalism professor Jeff Jarvis slammed the media mogul as the “single most malign influence in democracy in the English-speaking world.”

Although social media users were skeptical of Murdoch’s credentials to speak on the subject, News Corp-owned outlets like the New York Post have been speaking out against the purported woke crusade.

In an op-ed published in the Post on Sunday, US Senator Josh Hawley (R-Missouri) called on conservatives to push back against the “alliance of leftists and woke capitalists” who allegedly aim to “regulate the innermost thoughts of every American, from school age to retirement.”