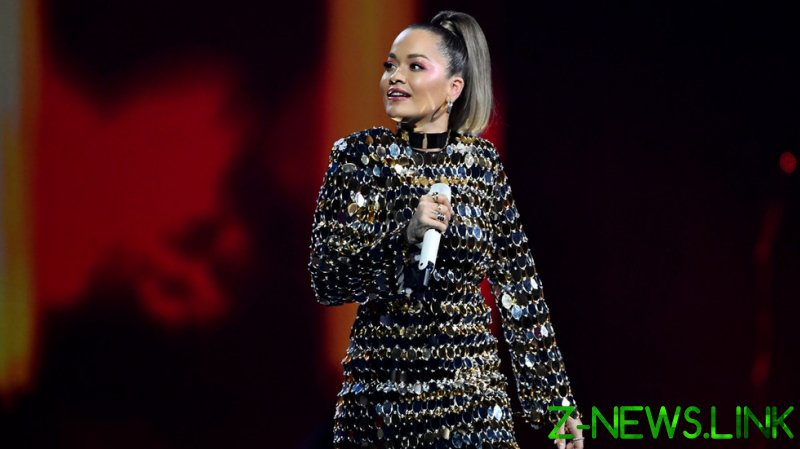 Let’s be straight on a few things first: I’m no fan of Rita Ora, I’ve watched the UK series of The Voice maybe a handful of times and like many of my fellow Australians, I cannot abide the kowtowing to celebrity that infects society like a brain-eating virus.

So to learn that the British pop singer and her entourage have been given a free pass into my native Australia, where she has won a slot as a judge on the tenth season of the glorified karaoke contest – while 40,000 of my compatriots are stranded abroad and desperate to return home – has me smouldering hotter than a summer Barbie.

Because there’s a strict cap on the number of arrivals allowed into Australia of 4,250 a week, and now Ora and her crew have jumped the queue ahead of those patiently waiting their turn, like some good friends of mine, desperate to be reunited with their families after months of enforced coronavirus separation.

My guess is that Ora wouldn’t see the bigger picture here. Rules put in place to save lives around the world are simply for other people, as her two flagrant breaches of lockdown regulations seem to demonstrate.

The first was her 30th birthday celebration last November in which 17 guests attended a knees-up at a London restaurant that, according to police, had been offered £5,000 to host the event while the rest of the country stuck to strict lockdown conditions.

As if that wasn’t enough, it emerged that at the time of the party, she should have been six days into a 14-day self-isolation period having just returned from Egypt, where she’d performed the sort of payola gig people like her enjoy at a five-star hotel in Cairo.

Her PR advisors went into hyperdrive and grovelling apologies followed but, really, a 30-year-old woman in the media spotlight should show more self-awareness.

I have nothing personal against Rita Ora. She has two albums of songs I’ve never heard, but in all honesty she’s not about the music. She’s the sort of young woman in showbiz more known for being feisty and sassy – two markedly overrated qualities – who gives as good as she gets in a man’s world and acts as some sort of role model for young girls.

All that has increased her currency and that is now trading internationally to the point that Ora makes a living off TV junk like The Voice. She has already been a judge in the UK on the x-cruciating X Factor and the unwatchable The Masked Singer and the host of America’s Next Top Model.

In Oz, The Voice franchise has switched networks for the latest series and clearly the new owners are desperate for the million-viewer ratings the show hooked last time out. That figure might be explained by the judges they featured, which included snarky ol’ Boy George and glamourpuss Kelly Rowland.

In series 10, Rita Ora will sit alongside Mr Nicole Kidman – country singer Keith Urban – and a pair of reality TV nobodies Guy Sebastian and Jessica Mauboy. Not quite the same.

In the meantime, she’s stuck in her $500-a-night Sydney hotel room, no doubt hoping this latest storm will blow over like the clouds across the beautiful city skyline outside her penthouse window.

While a couple of lockdown indiscretions might eventually be forgotten in the UK, the very idea of special treatment in Australia is not gonna wash in a country that has played by the book the hard way in order to stay on top of the spread of Covid-19.

Just this week, as Ora and Co. arrived in Sydney, a security guard diagnosed with a single case of coronavirus led to a full, five-day lockdown for two million people in Western Australia. Effective immediately, no exceptions.

Meanwhile, of the nearly 40,000 Aussies registered with the nation’s Department of Foreign Affairs and Trade (DFaT) as wanting to return from overseas but unable to do so, 5,800 are currently in the UK, from where Rita Ora and her pals flew.

The incident has had the dual effect of kicking sand in the faces of Australian nationals wanting to return home to their families and friends, at the same time as highlighting the favouritism shown to an international non-essential worker in a display of egregious sucking up to showbiz that makes any ordinary Aussie gag on their snag.

It’s not the first such instance, with Hollywood stars Matt Damon and Miranda Kerr also singled out for special treatment after they were allowed to skip state-run hotel quarantine, an exception branded “totally unacceptable” by a leading Australian epidemiologist.

But the latest kerfuffle piles on the misery for those stuck abroad with no means of support, desperately seeking repatriation, and also comes after last week’s admission from DFaT that it had inadvertently leaked sensitive details of all passengers booked on a flight from London in the fourth such data breach since August.

So those on the repatriation list not only have the indignity of their personal information being shared with those it shouldn’t be, but now they’re expected to sit back quietly while international celebrities skip the arrivals queue with their friends so they can pick up hugely paid gigs in their homeland.

One thing is certain, none of those 40,000 Australians awaiting repatriation will be tuning in to watch The Voice once they finally return home. It would only remind them of the disgraceful collusion between a greedy television network and starstruck politicians that really is an insult too far.