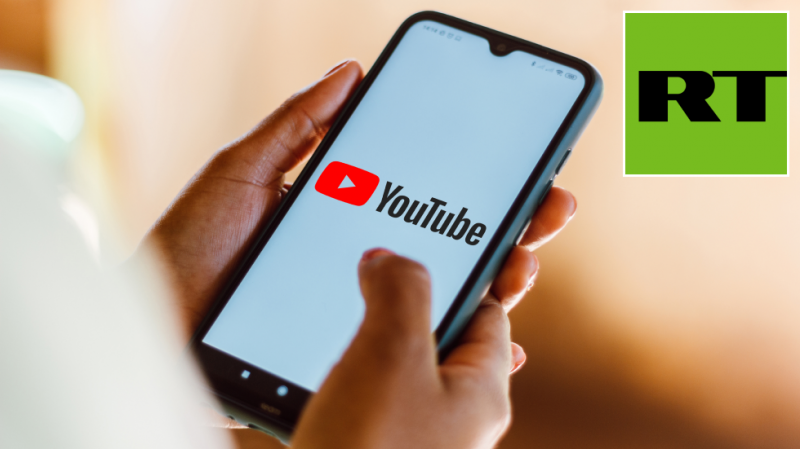 The popular services were abruptly deleted earlier this week, with YouTube accusing them of trying to circumvent a ‘community guidelines’ strike handed down for ‘medical misinformation’ in four videos related to the ongoing coronavirus pandemic.

RT DE and DFP appealed the video-hosting platform’s decision late on Thursday, urging it to reverse the ban. It said there was no attempt to circumvent anything. Any limitations on RT DE must not apply to Der Fehlende Part, the appeals said, because, while they’re part of the same network, the two channels are separate accounts run by different people.

DFP was cross-posting some RT DE content which it had every right to post – but this did not include any of the materials for which a warning was received. In addition, neither the channel nor its administrators had received any strikes since its launch in 2017.

“The owners of the RT DE and Der Fehlende Part channels acted in good faith, in full compliance with the rules set by YouTube,” argue their letters to the Google-owned platform. “We believe that the blocking and deletion [of the RT DE and DFP channels] is therefore unwarranted.”

“We have received your appeal and forwarded it to specialists for consideration,” YouTube said in response on Thursday night.

The deletion has caused an angry reaction in Russia, where it was deemed a blatant act of censorship. Kremlin spokesman Dmitry Peskov said that Moscow will adopt a “zero tolerance” approach towards such behavior.

RT’s editor-in-chief Margarita Simonyan branded the ban a “declaration of media war against Russia by Germany.” She has called on Russia’s authorities to take retaliatory steps against German media in the country, as well as to target YouTube itself.

Officials in Berlin deny playing any direct part in the situation.

The Russian Foreign Ministry echoed Simonyan’s comments, describing YouTube’s move as an act of “aggression” and saying that retaliatory measures against both the Silicon Valley company and German media seemed “not only appropriate, but also necessary” in light of everything that happened. Relevant Russian agencies were instructed to draft sanctions, pending RT DE’s appeal.

Russia’s media watchdog, Roskomnadzor, has already contacted Google, urging it to reverse the deletion. Refusal to restore RT DE and Der Fehlende Part could result in fines of more than one million rubles (about $13,700), and, ultimately, yield a blanket ban on YouTube Russia.

“If the owner of the resource does not comply with the Roskomnadzor warning, the legislation envisions such measures as full or partial restriction of access,” the watchdog said.

Google responded to the Russian watchdog in an email, but provided no further details in support of its decision. It said that RT DE had been handed a strike for publishing “false information about the coronavirus infection Covid-19,” without again specifying what details upset the tech giant. The strike had led to the channel being temporarily deprived of its right to upload content for one week. Der Fehlende Part had been blocked because it had been used by RT DE to bypass the restrictions and publish its content while its main channel remained inaccessible, it claimed.