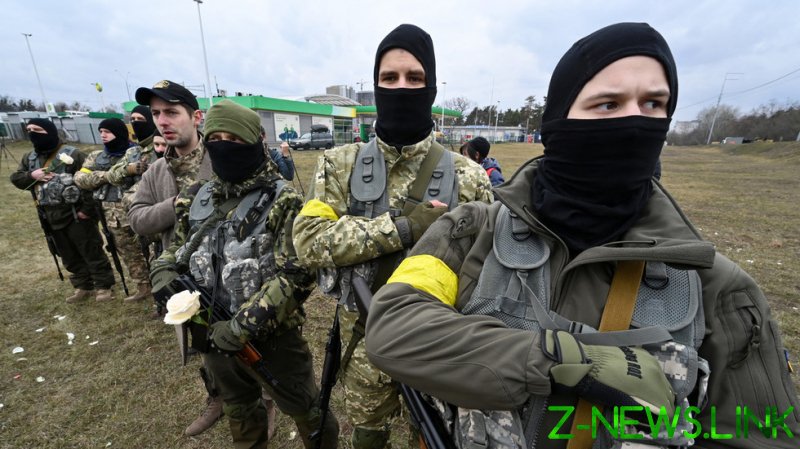 Photos of people in Ukraine being tied to lamp posts and sprayed with green antiseptic dye appeared on social media on Monday. According to reports, they were taken in the western city of Lviv. The victims are reportedly Roma (also known as Gypsies).

Several people, including teenagers and families with women and children, were reportedly tied to lamp posts with duct tape, their faces sprayed with antiseptic dye known as ‘zelyonka’ in former Soviet countries. The green-colored substance is very difficult to wash away and can cause chemical burns to the eyes.

According to local media, the victims were punished for trying to steal from passengers on a bus. However, there are claims on social media that they were only trying to steal food, as they were starving after escaping from Kiev.

Some social media users say the harsh punishment was due to the victims’ nationality. The atrocious act has been blamed on members of Territorial Defense Forces, a recently established volunteer branch of the Ukrainian military. Masked uniformed men are present in pictures from the site.

Lviv, which is located in western Ukraine near the Polish border, has so far been mostly spared by the ongoing conflict in the country. In mid-March, Russia bombed a mercenary base at the Yavoriv range outside the city, saying that up to 180 foreigners who went to fight for Kiev were killed there. Ukraine put the death toll at 35.

Reports of persecution of foreigners and minorities by radicals have also come from other parts of Ukraine since the Russian attack began in late February. 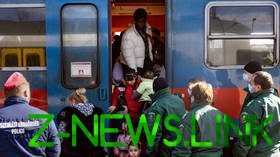 There were incidents of African students being denied entrance to trains and buses carrying refugees out of country. Those who managed to reach the border with Poland were forbidden by border guards from standing in the same lines with Ukrainian nationals, called the N-word, and even beaten up. The African Union has decried these incidents as “shockingly racist and in breach of international law.”

Indians studying in the country told Russian media about similar treatment. They also complained about being kicked out of bomb shelters, with locals telling them they wouldn’t help them because India isn’t helping Kiev in the conflict.

Moscow sent troops into the neighboring country last month following a seven-year standoff over Kiev’s failure to implement the terms of the Minsk agreements, and Russia’s eventual recognition of the breakaway Donbass republics of Donetsk and Lugansk. The German- and French-brokered Minsk Protocol was designed to regularize the status of the regions within the Ukrainian state.

Russia has now demanded that Ukraine officially declare itself a neutral country that will never join NATO. Another goal of the military operation is to “denazify” the country, according to Moscow. Kiev insists the Russian offensive was completely unprovoked and has denied claims it had been planning to retake the two republics by force.