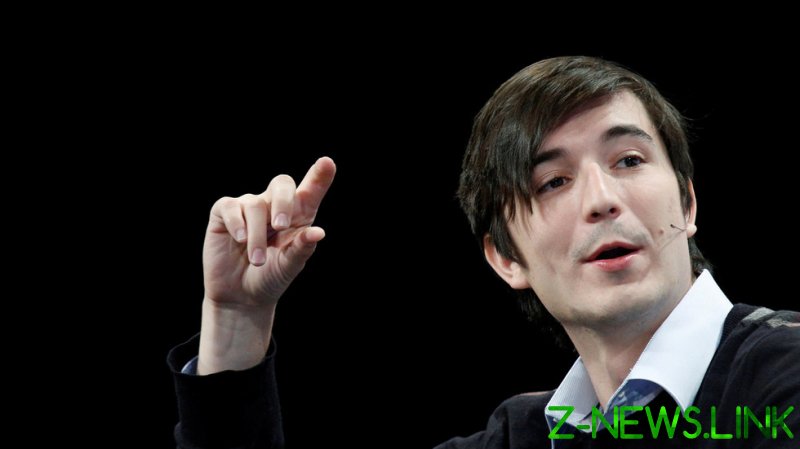 Tenev was interrogated by CNN’s Chris Cuomo on Thursday amid the Robinhood-GameStop stocks controversy, with the CEO claiming his decision was made to adhere to vague “regulatory requirements” and not to protect wealthy hedge funds that were shorting the stocks.

After Cuomo highlighted the irony of the company being called Robinhood – a legendary outlaw who stole from the rich to give to the poor – when the company of the same name appears to be “doing exactly the opposite,” Tenev insisted: “That’s not what it is at all… We had to make a very difficult decision to protect our customers and our firm.”

When Cuomo referenced Robinhood’s connections with Citadel Securities, a firm that facilitates trades on the app and that bailed out Melvin Capital, the hedge fund targeted by the Redditors, Tenev maintained its relationships with any other company had “nothing to do with” its decision to halt trading.

“Robinhood, as a brokerage, has lots of financial requirements, SEC [the US Securities and Exchange Commission] requirements,” Tenev said, though Cuomo shot back that the SEC “hasn’t said you had to do this.”

Tenev concluded by denying that Robinhood took action on the orders of any other market entity, and again blamed the decision on unspecified requirements.

Viewers were not convinced by Tenev’s excuses, however, lambasting the CEO in CNN’s YouTube comments, with some accusing him of “lying” and “dodging every single question.”

“Of course he did exactly what his corporate overlords wanted. He is no different than any other hedge fund douche,” one user suggested, while another called Tenev’s story about regulatory “requirements” a “BS answer.”

On Twitter, others asked Tenev to cite any regulation that required him to halt trading on the stocks. Another said he looked “unprepared” and mistakenly thought he could “word salad” his way out of it.

Robinhood prohibited its users this week from buying stocks in a number of companies, including GameStop, Nokia, and BlackBerry, after they had been invested in by a group of amateur traders, resulting in billions of dollars worth of losses for Wall Street hedge fund short-sellers.