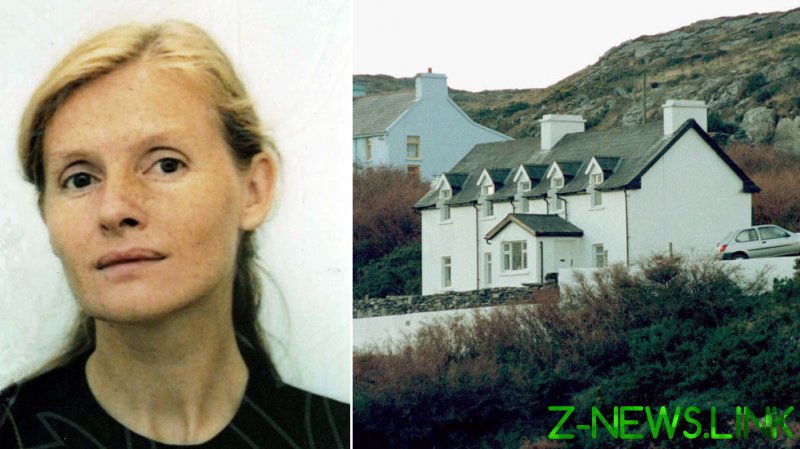 True crime began as a niche industry, but now it’s big business. Podcasts, books and documentaries are all ways for members of the public to become investigating officers and pore over the evidence of all manner of criminal escapades.

However, the complex case of Sophie Toscan du Plantier has highlighted a fundamental flaw in the genre that is too commonly ignored.

Sophie was a French woman found beaten to death in rural Ireland in 1996.

The mystery around the case prompted Netflix to release a three-part series, ‘Sophie: A Murder in West Cork.’

It features interviews with her family, media insiders, police officers and residents of the Irish village of Schull, where she had a holiday home.

He’s the man who a Parisian court in 2019 convicted of her murder in absentia. But he has never served a day of his 25-year prison sentence, because Ireland refuses to extradite him.

Bailey is so unhappy with the show, he has taken legal action against Netflix to have his interviews removed. So far, the streaming giant has refused. While the documentary does not assert Bailey is the killer, it does leave viewers in little doubt what the programme makers think.

Bailey said, “All I can see from the Netflix production, there’s very little objectivity in it. It’s written from a biased slant.”

Normally that would be the end of the matter.

But what’s so unique about the revival of the story of the tragic killing of Sophie Toscan du Plantier is that there is a competing documentary also making waves. Just before the Netflix production, Sky released ‘Murder at the Cottage: The Search for Justice for Sophie.’

It’s a five-part series from Oscar-nominated director and producer Jim Sheridan. He steps into the presenting role and speaks to many of the same people in the Netflix show.

The difference is that in this instance, the people who requested removal from the footage are Sophie’s family and, unlike Bailey, they have managed to achieve this.

They took issue after initially deciding to contribute to help find justice. But in their view the Sky show “rather aims to demonstrate the innocence of Ian Bailey.”

Certainly, one issue highlighted by ‘Murder at the Cottage’ is how the French trial was conducted. It leaves the viewer doubting Bailey’s involvement and points the finger elsewhere.

And therein lies a key problem of ‘true crime’ documentary making. How true can it really be?

Because in this case, with two competing narratives, what you believe will depend on which show you watch and, if you watch both, which you believe more.

Does it come down to camera angles and eerie background music? Does it rely on how effective an interviewer is at teasing out words from the talking heads?

It’s clear that true crime is a dangerous beast. What viewers are presented with is not a court of law and there are no experts on hand to guide them through the available evidence.

In a jury trial, the judge decides what can be presented to the jury, and it’s the judge who determines what sentence to impose.

But true crime enables us all to sit in front of our TV and pass judgement from the comfort of our living rooms.

And in the case of the two Sophie Toscan du Plantier productions, that’s a problem, because they are being viewed by millions of people globally.

Decisions about the tragic murder of a woman and the perceived guilt – or innocence – of someone are being speculated-on like a soap opera cliffhanger.

Each suggests unprofessionalism by the Irish and French authorities respectively. Were the Irish cops out of their depth and more used to dealing with stolen tractors? And were the authorities in Paris keen to get someone – anyone – to hold to account?

The differing narratives expose the cracks in the true-crime genre. And, let’s face it, if the people making these shows really knew what happened to Sophie Toscan du Plantier, then they wouldn’t have a job. The whole premise is to stoke intrigue, without ever saying anything definitive.

This is what true crime has become, a glorified game of Chinese whispers. Anyone on camera is given enough rope to imprint an idea in the head of the viewers, and then it’s onto the next person, who does the same.

Viewers are not aware that elements will have been cut out or certain information cannot be broadcast due to legal reasons.

But by the end of watching it all, they feel sufficiently well informed to pass their verdict in the only court that really counts in 2021, the court of public opinion – regardless of the truth.

Nevertheless, the genre shows no sign of slowing down as each big hit has revenue-seeking bosses commissioning another. But what these competing documentaries have shown is that there needs to be more caution in how these shows are promoted and a lot more emphasis on the narrative being shaped by producers to deliver a predetermined outcome.

After all, the question you should ask yourself is this: would you want your guilt or innocence decided via one of these big-budget productions? The answer, I suspect, is almost certainly not.