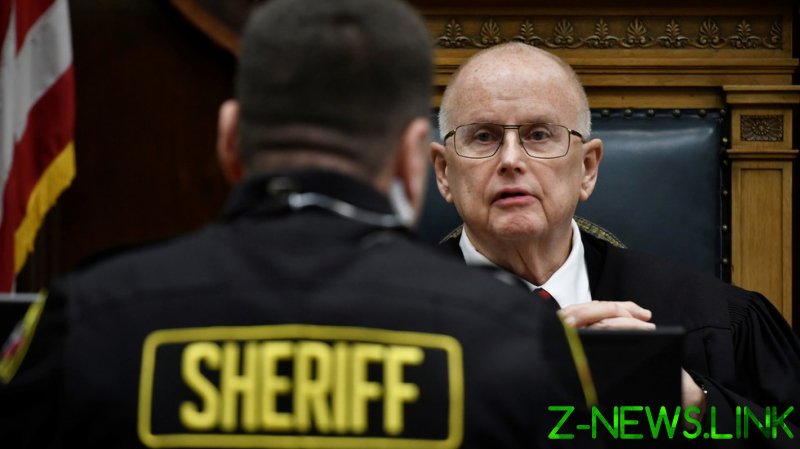 “It was reported to me…that this morning, at the pickup, there was someone there and was videorecording the jury,” Kenosha County District Court Judge Bruce Schroeder said on Tuesday as the trial entered its seventh day. He added that officers approached the person and required that the video be deleted from his or her smartphone.

“I’ve instructed that if it happens again, they’re to take the phone,” Schroeder said.

The security breach is troubling, given the politically charged nature of the trial. Rittenhouse, then 17, is accused of murdering two men and injuring a third during an August 2020 Black Lives Matter riot in Kenosha. His lawyers have claimed that he acted in self-defense as rioters attacked him and tried to take his rifle.

Left-wing observers expressed outrage last week because all but one member of the jury is white, even though Rittenhouse and his three alleged victims are all white, and the incident occurred in a predominantly white county.

The identities of jurors are typically sealed during trials and, in some cases, even after their service is completed. Such was the case in a Minneapolis trial earlier this year, after former police officer Derek Chauvin was convicted of murdering George Floyd. Floyd’s death sparked BLM protests across the US and even overseas in the summer of 2020.

The judge in the Chauvin case ordered that the names of jurors and alternate jurors be kept secret for at least six months for their protection. He allowed members of the jury panel to voluntarily make themselves known by speaking publicly about the trial. Lisa Christensen, an alternate juror in the Chauvin trial, told NBC affiliate KARE-TV at the time that she worried about people “coming to my house if they were not happy with the verdict.”

Judge Schroeder assured the Rittenhouse jurors on Tuesday that the video footage of them had been deleted and that new procedures were being implemented in case such an incident occurred again. During the jury-selection process, some of the prospective jurors said they feared for their safety if their role in the case became publicly known.

Fox News reported on previous allegations that people at the Kenosha County courthouse were photographing jurors.

Prosecutors finished presenting their side of the case on Tuesday. Schroeder reportedly dropped a curfew-violation charge against Rittenhouse, saying the state didn’t present enough evidence.