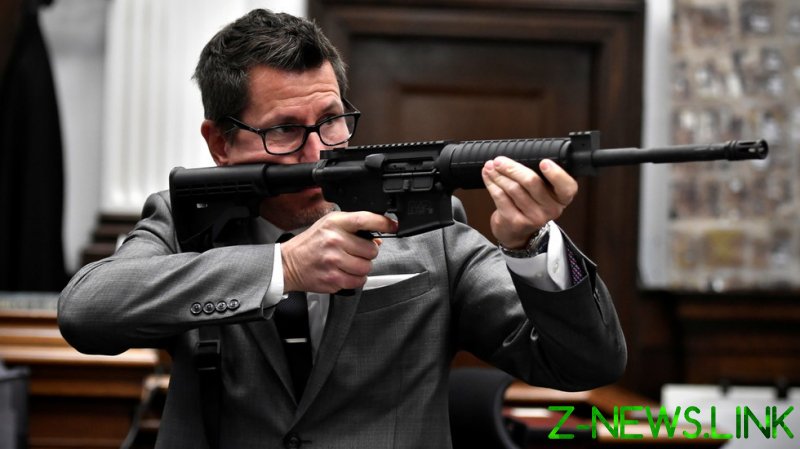 The defense and prosecution both made their final arguments before the jury on Monday, following eight days of testimony from dozens of witnesses and the screening of nearly 20 videos from the night of August 25, 2020 – when Rittenhouse, then 17, shot and killed two men and wounded a third during a violent bout of protests and rioting in Kenosha, Wisconsin. He faces charges including first-degree intentional homicide, attempted and reckless homicide, as well as reckless endangerment.

Mark Richards, who leads Rittenhouse’s defense team, blasted Assistant District Attorney Thomas Binger for misleading jurors in the case, namely about the death of Joseph Rosenbaum. While prosecutors argued that the 36-year-old Rosenbaum was killed in cold blood, Richards insisted the man was only shot after attacking Rittenhouse and trying to grab his rifle as the teen attempted to retreat.

“This case is not a game; it is my client’s life. We don’t play fast and loose with the facts, pretending that Mr. Rosenbaum was citizen A, number-one guy,” Richards said. “He was a bad man, he was there, he was causing trouble, he was a rioter, and my client had to deal with him that night alone.”

In addition to Rosenbaum, Rittenhouse was also charged for the death of Anthony Huber, as well as the non-fatal shooting of Gaige Grosskreutz, all of whom were captured on film chasing the teen before they were shot.

In their own closing statements, the prosecution said that Rittenhouse had “provoked” the incident, characterizing him as an “active shooter” and attempting to flip the self-defense argument on its head.

“When the defendant provokes the incident, he loses the right to self-defense. You cannot claim self-defense against a danger you create,” Binger said, adding the fact that Rittenhouse was armed invalidated his defense and that “the crowd has the right to try to stop an active shooter.”

At one point during his final argument, Binger turned heads after trying to recreate the scene on the night of the shootings, hoisting an AR-15 to his shoulder and aiming it into the crowded courtroom with his finger on the trigger. The defense challenged his presentation of the facts, arguing that Binger was facing the wrong way in his attempt to simulate Rittenhouse’s actions, while many observers online raked Binger over the coals for disregarding basic gun safety.

The closing arguments came soon after Judge Bruce Schroeder agreed to drop an additional misdemeanor gun charge against Rittenhouse, acknowledging the statute in question is difficult to comprehend and likely did not apply to the case. Now 18, Rittenhouse still faces grave charges that could result in life in prison if he is convicted. The Wisconsin state government is also bracing for unrest should the teen be acquitted, putting 500 National Guard troops on standby near Kenosha last week ahead of the verdict.