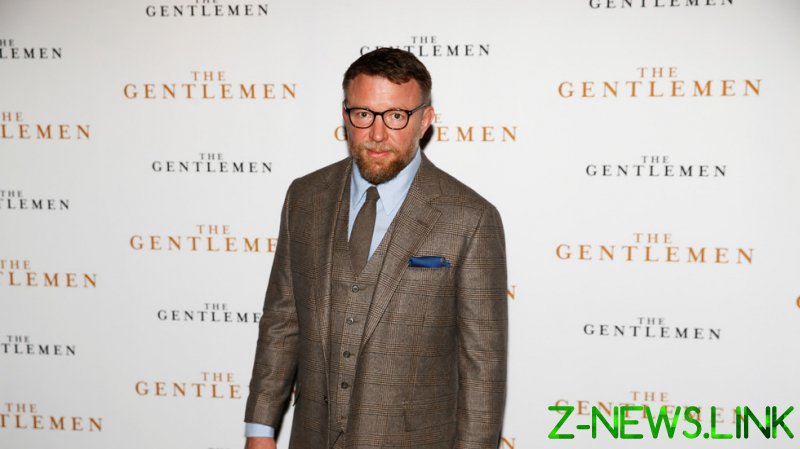 Ritchie, a renowned filmmaker, whose reported net worth amounts to more than £100 million ($137.3 million), has used the state-run Coronavirus Job Retention Scheme to pay 19 workers of his Fatboy Pub Company, the Sun on Sunday reported, citing government documents it obtained.

The filmmaker’s firm which was on the government furlough programme list by December manages his Lore of the Land pub in central London. It previously reportedly posted losses of £457,000 ($627,700) while saying in October 2020 that its leadership will seek “all available government assistance” to keep the business afloat during the Covid-19 pandemic.

Ritchie, however, is neither the only nor the wealthiest public figure to make use of London’s generosity. The list obtained by the Sun as part of its “probe” into the issue also contains the names of celebrity chefs Jamie Oliver and Gordon Ramsay, who also used the scheme to support their restaurant businesses. Oliver’s estimated wealth accounts for £240 million ($329.6 million), according to the Sun, but this fact didn’t stop him from accepting the money from the government.

Neither did it stop India’s billionaire steel magnate, Lakshmi Mittal, who also received support for his company ArcelorMittal despite his reported net worth amounting to a whopping £6.78 billion ($9.31 billion).

ArcelorMittal said that “the steel industry was hit hard by Covid” and that it was “very grateful to many governments for providing financial support.” Most recently, the company, which is one of the biggest steel producers, announced it was no longer using the UK government’s support scheme.

The news provoked some sharp criticism, including from a member of UK Parliament, who argued that such actions twist the very idea of the furlough scheme that was originally designed to help small and medium-sized businesses and involved the government paying 80 percent of staff wages to help people keep their jobs.

“When the scheme launched, the Chancellor was thinking of small to medium-sized business, not millionaire celebrities or wealthy unions,” Tory MP Pauline Latham told the Sun. “This is certainly not in the spirit of the scheme. Lots of firms have worked incredibly hard to keep all of their staff employed.”

And there was certainly no shortage of people on social media that shared such sentiment. “The furlough scheme has been totally abused,” one commenter wrote. Others suggested that companies applying for state-funded help should first be properly “assessed” to avoid the misuse of the scheme.

Yet, there were just as many people arguing that there was nothing wrong with Ritchie and other well-off celebrities using the scheme that was made available for everyone anyway. Others said that most businesses that asked for help would be normally earning millions.

It is not the first time news about wealthy public figures taking public money to support their own enterprises sparked controversy. Victoria Beckham caused outrage last year when she furloughed 30 workers at her fashion label and applied for the job retention programme. The designer reversed her decision following the backlash.

Similar criticism was aimed at Liverpool and Tottenham football clubs which initially wanted to use grants from the government to cover the salaries of their non-playing staff. They also eventually decided not to apply for the scheme.

It seems, however, that not every celebrity was eager to snatch the opportunity. A spokesperson for singer Ed Sheeran told the UK media last year that he will not furlough any staff and will not use government funds to save his London pub Bertie Blossoms.