Home / WORLD / Revolt at RFE/RL: US propaganda outfit denounces boss as partisan, claims he threatens their ‘freedom and independence’

Revolt at RFE/RL: US propaganda outfit denounces boss as partisan, claims he threatens their ‘freedom and independence’ 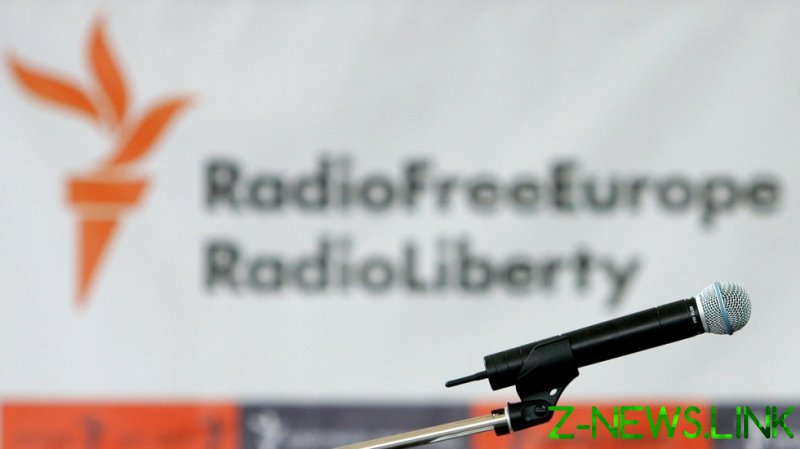 The actions of Michael Pack, head of the US Agency for Global Media (USAGM), are “intended to revoke RFE/RL’s financial autonomy” and “embed” his appointees within the service’s board of directors for two years, in an “unprecedented departure” from its tradition of working with changing administrations, says the letter dated Wednesday, which was leaked to CNBC and made public on Thursday.

Pack’s actions “will compromise the freedom from political influence that for seven decades has characterized [RFE/RL] as an independent surrogate news organization for countries with no free press of their own,” adds the letter, signed by Editor-in-Chief Daisy Sindelar, six other executives, and 21 heads of different language services.

It is the latest in a long string of attacks on Pack, a nominee of US President Donald Trump who was only confirmed to the position by the Senate in June, after more than a year of delays. Pack was immediately denounced by USAGM rank and file for supposedly trying to staff the agency with “Trump loyalists” and destroy the “firewall” protecting them from political interference.

While the RFE/RL letter accused Pack of wanting to “secure a hold over” the service for “a single US political party,” it insisted that Pack must submit to the career bureaucracy way of doing things and wait to be fired once Democrat Joe Biden takes over in January. The letter was copied to Richard Stengel, a former US propaganda chief who is now part of Biden’s transition team.

Among their gripes, the RFE/RL leadership cites the appointment of Ted Lipien, calling him an “untested, unvetted candidate with a history of often one-sided writing” about their outlet and others.

Lipien worked for Voice of America (VOA) from 1973 to 2006, retiring as acting associate director for central programming. He was responsible for alerting Pack in August to the fact that VOA’s LiveJournal page had been hacked in 2012 and used to publish “anti-US propaganda, violence, and pornography” for eight years, without anyone noticing.

He called the scandal “a story of unprecedented US government managerial and security meltdown” and an example of “how poorly managed and complacent” the USAGM staff had become.

Pack responded to the letter by saying it was “filled with inaccuracies,” according to the one-paragraph quote published by CNBC. “On the contrary, all of the actions I have taken have been based on my congressionally mandated responsibility and commitment to fulfilling USAGM’s mission,” he added.

As USAGM’s homepage notes, that mission is to “inform, engage, and connect people around the world in support of freedom and democracy” in accordance with the “broad foreign policy objectives of the United States.”

The RFE/RL leadership letter paints the service as a “storied institution” with a reputation of “70 years of reporting the news objectively and without political influence.” That reputation, they say, “is the last line of defense in a very real battle between repressive autocracy and the humanistic democracy it is our mission to uphold.”

Recent events in Russia, however, suggest the lady doth protest too much and that RFE/RL’s reputation may not be as stellar as Sindelar and her confederates purport. Earlier this month, liberal politician and Kremlin critic Ksenia Sobchak denounced the “old ex-CIA officers” who run RFE/RL and its Russian-language service Current Time, for sacking Timur Olevsky.

The Russian journalist was fired after daring to bring up the family of opposition activist Alexey Navalny, whom the Western media have dubbed the “Russian opposition leader” and most recently elevated to near-martyrdom over his alleged “novichok poisoning.”

Sobchak accused the US government-run outlet of “firing their most famous journalist for criticizing Navalny,” and thereby “throwing a bone to the dumbest propaganda.”