Home / WORLD / Revealed: How Britain is putting its child spies in extreme danger… by a former top undercover cop

Revealed: How Britain is putting its child spies in extreme danger… by a former top undercover cop 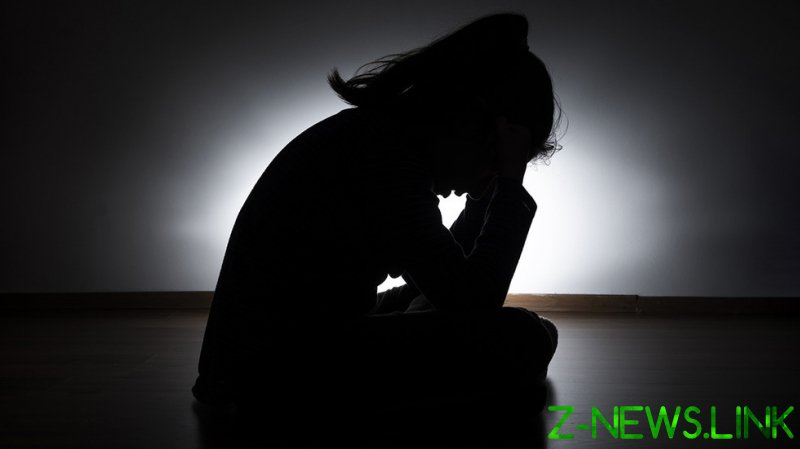 The UK’s controversial Covert Human Intelligence Sources (CHIS) bill is on the verge of becoming law, after MPs again voted overwhelmingly in its favour on 27 January.

The legislation grants undercover operatives – both employees of British state agencies and their informants – permission to not only commit crimes up to and including rape, torture and murder, but also insulates them from criminal prosecution and civil actions for doing so.

The bill sailed through its first parliamentary reading, although it received a decidedly less welcome reception in the House of Lords. Peers voted to insert significant amendments to the legislation, including restricting the crimes which covert human intelligence sources – Chises – can be authorized to commit, and curtailing howand when individuals who are “vulnerable”, and/or under the age of 18, can be utilised as agents.

Presently, rules governing the use of such informants are shockingly slack, and consideration of how the bill would impact them has been almost entirely absent from mainstream reporting. For instance, until recently a juvenile or vulnerable Chis could be deployed whenever an investigative authority – for example the police, or MI5 – believed it necessary.

It was only in October 2020 the Home Office overhauled its Covert Human Intelligence Sources Code of Practice, restricting their use solely to “exceptional circumstances”, in investigating crimes such as terrorism,drugs, sexual exploitation and human trafficking.

Regulations also require a “responsible adult” to be present in all meetings and party to all communications between Chises aged 16 and under, and the relevant investigative authority. Who currently qualifies as a responsible adult is highly nebulous though, and could even be a designated member of the security agencyrunning the individual as an informant.

There is no requirement for a “responsibleadult” to be involved in the deployment of Chises over the age of 16 at any stage – by contrast, when anyone under 18 is questioned by police on even minor matters, there must by law be an adult present at all times.

The Lords’ amendments sought to specifically ensure all vulnerable Chises would be supported in their relationship with authorities by their parent or guardian, or “any responsible person aged 18 or over who is neither a member of nor employed by any relevant investigating authority”, and restrict the deployment of child spies to circumstances in which all other methods to gain information have failed, and only then if there is no risk of any foreseeable harm to the child.

As Conservative MP David Davis noted in the resultant House of Commons debate on the revised bill, the amendments were supported by a large number of peers. He added, “The use of children as undercoverinformants is, in my view, very largely amorally repugnant policy. Child spies canoften be part of violent gangs, or continuingvictims of child sexual abuse, when they arerecruited as intelligence sources.

“We should normally be seeking to moveheaven and earth to remove children fromhorrible situations,” Davis said. “Do we really want to give such arbitrary and unfettered powers to such agencies? I, for one, do not under any circumstances.”

Stirring words, but when the time came to vote, a majority of MPs rejected the proposals. The final version of the bill is now under consideration by the House of Lords again, with a deciding vote expected on February 9.

The use of juvenile Chises was first exposed in July 2018, and may have remained concealed were it not for the UK government seeking to extend the length of their deployment periods from one to three months.

In justifying the extension, the Home Office argued the move was vital given juvenile Chises were sometimes unable to complete their “tasking” within the set period, in the process discouraging their wider use by authorities.

In other words, Whitehall wanted more child spies, and more agencies to use child spies. The revelation provoked outcry among parliamentarians, the public, and even seasoned law enforcement veterans – among them Neil Woods, a former police officer who for almost two decades infiltrated murderous drug gangs across the UK.

“When I was an undercover, children wereused as informants, but it was low-level stuff– someone reporting on their older brother’sfriend who sold pills or nicked cars,” Neil recalls. “Now, they’re being tasked, givenobjectives, adopting the role of fully-fledgedspies. That’s a massive and extremelytroubling change. I have sources in thepolice who’ve told me there’s been a hugepush from above to recruit more children,and younger children too. It beggars belief.”

Neil believes it important to acknowledge something he feels has been missing from debate on the bill. Given “around 95 percent” of police use of Chises relates to drugs investigations, the use of child spies is – for the time being at least – predominantly an issue of drug policy, and “part of theinevitable ongoing arms race betweencriminals and authorities.”

“The pressure for police to recruit morechildren is fear of a looming political crisisover ‘county lines’. The number of childrenbeing exploited in these criminalconspiracies is increasing all the time, andthat’s a direct response to police tactics,”he continues. “Teenage gangs can’t bepenetrated via standard undercovermethods, so organized criminals feltrecruiting younger people counteracted therisk of infiltration.”

What police can do, however, is arrest a young member of a criminal gang, but offer to let them free if they turn informant. Neil believes many children would be easily swayed in such a scenario, especially given that in his own experience, “source handlers”are “very driven, manipulative people.”

It’s an irony of the most perverse sort that children are attractive recruits for criminals and authorities alike on the basis they can easily be bought, intimidated, exploited, and expended – in Neil’s phrase, young people ingangs who turn informant “will have beenmanipulated first by gangsters, then police.”

What’s more, while the government argues banning Chises from perpetrating rape, torture and murder would provide violent criminals and terrorists with “a potential checklist for suspected [informants] to be tested against”, Neil thinks it obvious the use of child spies will only increase brutality among criminal fraternities, putting children at ever-greater risk.

“Any juvenile that authorities try to recruitcould inform their associates of the offermade to them, and criminals will knowanyway police are doing this. There will bemore loyalty tests, more intimidation, moreviolence. Kids themselves will beperpetrating at least some of that – andthey’re now legally permitted to do so underthis bill, in pursuit of enhancing their cover,building trust, and securing access tointelligence. It’s a completely insane viciouscycle.”

Neil knows all too well the inherent, inescapable dangers of working undercover. He’s been stripped naked at gunpoint by surveillance targets who suspected he was an infiltrator, interrogated with a knife pressed into his groin, and a drug dealer who discovered he was wearing a wire attempted to run him over in a car.

It’s almost certain young people in gangs, whether informers or otherwise, would face being tortured and even murdered should security services continue employing child spies. It’s known young Chises have already been in close proximity with, and even acted as accessories to, such horrific crimes.

In October 2018, House of Lords member Sally Hamwee drew attention to the case of a 17-year-old “on the edge of care”, whose parents were separated, and was exploited by a man she thought of as her boyfriend. In reality, he was selling a group of girls, including her, for sex. Police sought insider insight on his activities, and “she was left in her situation so she could provide information.” Eventually, she witnessed her pimp commit murder, and was drawn into covering up the crime, disposing of clothes and other items.

No significant adult in her life was aware of her involvement either with the killer or the police, and she was risk-assessed for the role by an officer involved in the probe. What impact such experiences will have on that young girl – and the impact witnessing or participating in similarly horrendous acts would have on child spies in future – is hard to quantify.

Yet, as Neil notes, the CHIS bill contains no after-care provisions for informants of all ages.

“I’ve been on the verge of meeting myend more times than I care to remember.Those experiences scarred me, and childrenare far more susceptible to trauma thanadults,” he laments. ”I left the police in2012, and experienced a prolongedpsychological crisis – there was very littleunderstanding of the impact undercoverwork had on people then within the force,and there’s not much more now. Where inthis bill is any consideration whatsoever forvulnerable people?”

In 2019, charity Just for Kids Law launched a High Court action, alleging the use of juvenile Chises breached their human rights. The Court ruled the scheme was entirely legal, contained adequate safeguards for child spies, and in defending the practice drew specific attention to the number of young people used as spies being “low”, given at that point only 17 had been run as informants since 2015.

Of course, if the drive to recruit child spies in ever-larger volumes continues, that rebuttal will by definition wither, and Whitehall will need to concoct a new defence in the event of further legal challenges to the policy.

In the meantime, there seems to be no stopping plans that will ensure the UK’s secret army of undercover operatives are sanctioned and even encouraged to engage in criminal conduct of the most serious kind. This has all the hallmarks of a child protection scandal in the making – one which unbelievably enjoys determinedgovernmental, parliamentary, and judicial support.