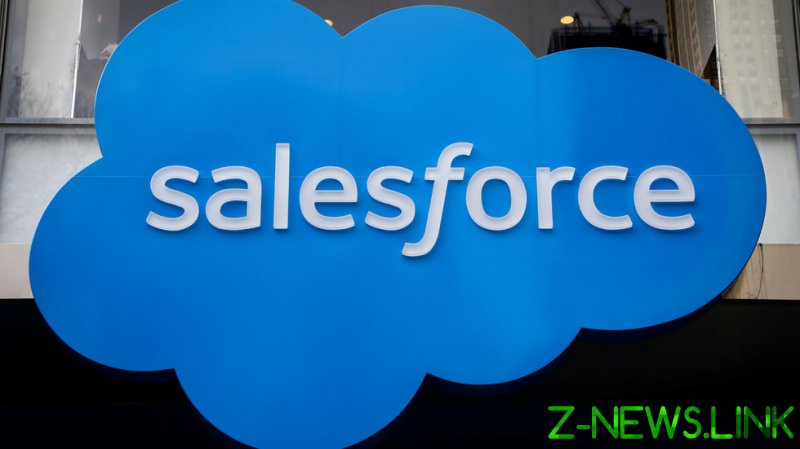 “We are all deeply troubled by the terrible events of January 6. And while we all hope that they are never repeated, sadly there remains a risk of politically incited violence across the country,” Salesforce said in a statement.

“The Republican National Committee has been a long-standing customer, predating the current Administration, and we have taken action to prevent its use of our services in any way that could lead to violence,” the company added.

The statement was sent to Vice, which asked around after noticing that emails from President Donald Trump’s campaign had suddenly stopped. It wasn’t clear whether the “action” was permanent or if the service would be restored at a later date.

Reached by Vice, the RNC said that they “decided independently to stop fundraising on all of our digital platforms, including on Salesforce,” last Wednesday.

The Trump Make America Great Again Committee is a joint venture between the RNC and organizations called Save America and Donald J. Trump for President, Inc. It was using services by ExactTarget, an email marketing company owned by Salesforce. Another provider, Campaign Monitor, also “suspended” their account last week, after the unrest at the US Capitol.

Several hundred Trump supporters had broken into the Capitol building on and disrupted the joint session of Congress meeting to certify Democrat Joe Biden as the next US president. Democrats quickly described the unrest as a terrorist attack, accused Trump of “inciting insurrection” and even demanded his second impeachment.

However, a number of Republican lawmakers and party officials have joined them in denouncing the president. Nor has the party protested when Facebook and Twitter suspended and then banned Trump outright. The wave of corporate and social media “cancellations” has only grown since, regardless.

Salesforce’s statement uses the same rationale Twitter invoked to justify removing Trump permanently, saying that some of his tweets could be interpreted by some people as inciting violence.

Parler, the social media app to which Trump supporters flocked after purges from Twitter, was first banned from the Apple and Google app stores, then taken offline by Amazon’s cloud service. It has sought relief from a federal court, but remains unavailable as of Monday evening.

Salesforce CEO Marc Benioff has been known as a social justice activist for years. In November 2019, Politico described him as “tech’s ‘woke’ CEO since before ‘woke’ was a thing.”