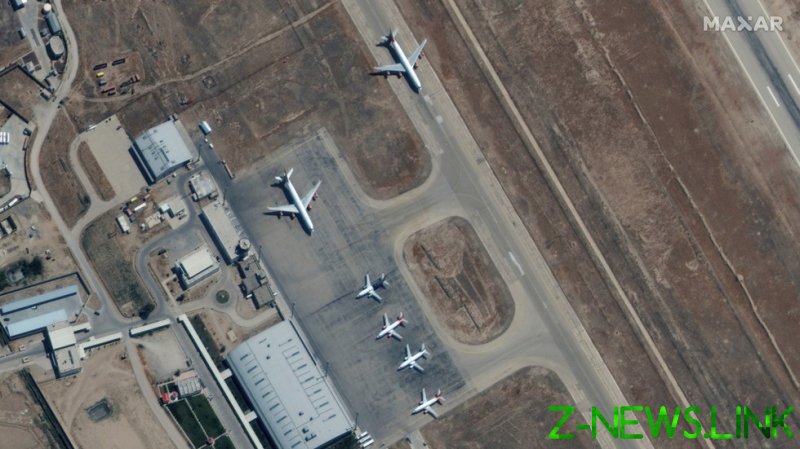 “We have six airplanes at Mazar-i-Sharif airport, six airplanes, with American citizens on them as I speak, also with these interpreters, and the Taliban is holding them hostage for demands right now,” US Representative Michael McCaul (R-Texas) said on Sunday in a Fox News interview. He added that since US military forces completed their exit from Afghanistan last week, zero Americans have gotten out of the country.

McCaul said he’s concerned that the Taliban will demand “more and more, whether it be cash or legitimacy as the government of Afghanistan,” as the US presses for its citizens and allies to be allowed safe departure from the country. However, the Taliban has previously vowed to let everyone with the proper paperwork to leave freely, either when operations at the Kabul airport are restored or via land routes.

“They are not clearing the airplanes to depart,” McCaul told Fox host Chris Wallace. “They’ve sat at the airport for the last couple days, these planes, and they’re not allowed to leave. We know the reason why is because the Taliban wants something in exchange.”

Republican allegations of a hostage crisis in northern Afghanistan would mark yet another black eye for the Biden administration in a chaotic withdrawal that left hundreds of people dead and billions of dollars’ worth of US military equipment in the hands of the Taliban.

President Joe Biden told ABC News on August 18 that if Americans remained in Afghanistan beyond the August 31 withdrawal deadline, “we’re gonna stay to get them all out.” That didn’t happen, and White House press secretary Jen Psaki argued that the administration would use its “enormous leverage over the Taliban” to ensure that the group honored its pledge to allow foreign nationals and Afghan allies to leave the country.

Secretary of State Antony Blinken said last week that 100-200 Americans remain in Afghanistan. McCaul said that according to classified information that he’s been given, hundreds of US citizens were left behind. An Associated Press report on Saturday indicated that US estimates for stranded Americans are far too low, overlooking such people as those who didn’t register with the embassy in Kabul before it closed and legal permanent residents.

McCaul said that while many Americans were let through Taliban checkpoints for evacuation from Kabul last month, almost all Afghan interpreters who worked with the US military were either prevented from getting inside the airport perimeter or were turned away at the gates by the State Department.

Since US forces pulled out, McCaul said, “the retaliation has been severe. You have stories of interpreters being taken home to their families and watching their wives and families being beheaded, executed, before they execute the interpreter. This is not a new and improved Taliban.”

The mess reportedly left behind by the US military apparently won’t make it easy to quickly reopen the Kabul airport. The Pentagon’s chief Afghanistan commander, Marine General Kenneth McKenzie, last week praised the Taliban for cooperating in evacuation efforts and said that US forces left behind fire trucks and other gear that would be useful in quickly resuming civilian flights from Kabul. But upon inspecting the airport after the withdrawal, Afghans found large heaps of garbage and broken equipment strewn around the airport terminal and tarmac.

A Taliban official told reporters that even civilian planes were disabled, and the radar system and terminal furnishings were destroyed, according to Turkey’s state-owned Anadolu Agency. “At the airport, we don’t have anything operating,” the official said. “The US has destroyed everything, including important parts of planes with gunfire.”