Home / WORLD / Reports of shots fired at pro-Trump caravan in LA suburb, SWAT on scene after 3 suspects barricade inside

Reports of shots fired at pro-Trump caravan in LA suburb, SWAT on scene after 3 suspects barricade inside 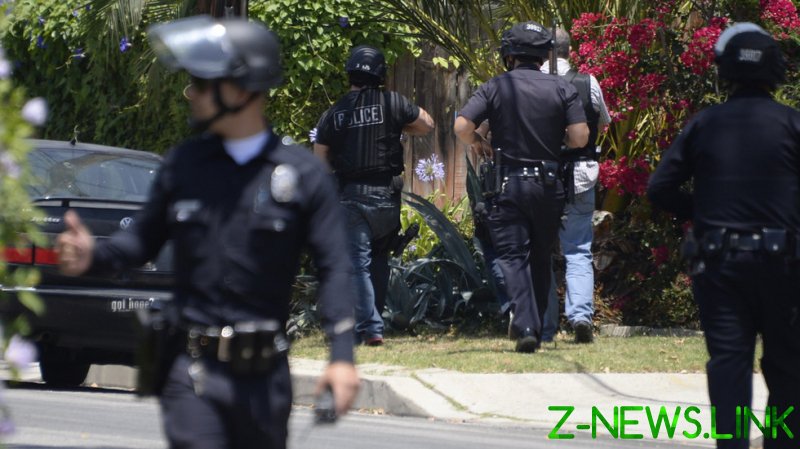 The incident unfolded about 11:30 a.m. local time in the 20600 block of Ventura Boulevard, as the torrent of cars with Trump supporters was streaming past Woodland Hills, a neighborhood in the San Fernando Valley region of Los Angeles, California.

Los Angeles Police Department (LAPD) said that a woman, who was not part of the pro-Trump caravan, but was driving alongside the rally, reported that her tire was damaged after she heard sounds resembling that of gunfire.

There were reports of a person brandishing a firearm from a balcony near the scene of the incident, police said, according to local media.

A witness told police that they saw a gunman in the apartment block at Ventura Boulevard. Police have sent a SWAT unit to locate the alleged attacker, which led to a protracted standoff between suspects that refused to come out and responding officers.

Police have sealed off the apartment, saying that three suspects have been holed up inside. It’s still unclear if any of them is armed.

No injuries have resulted from the incident, with the only known damage so far being a pierced tire.