Home / WORLD / Reports of Russian troops ‘massing’ near Ukraine miss the mark: Russia-Ukraine war is possible, but only if Ukraine strikes first

Reports of Russian troops ‘massing’ near Ukraine miss the mark: Russia-Ukraine war is possible, but only if Ukraine strikes first 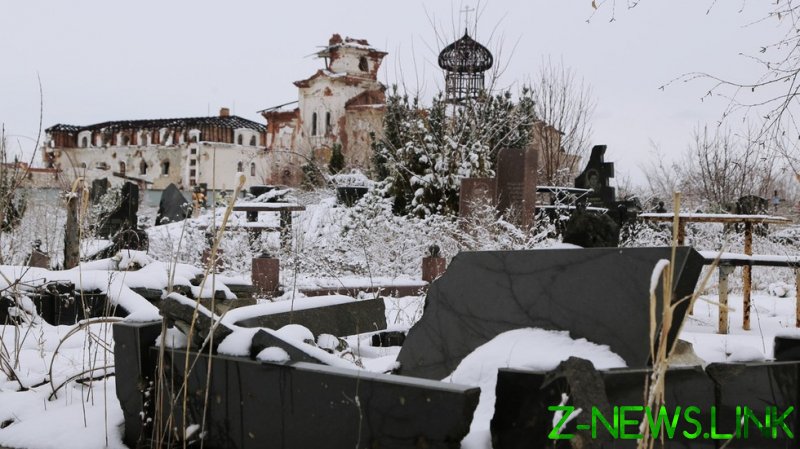 Russia is about to invade Ukraine. So you’d think, if you believed recent headlines. “Tensions skyrocket as Russia masses forces near eastern Ukraine,” says the Kyiv Post.  “Russian troops and tanks mass on Ukraine border,” declares the Sun. Russia is “flooding Crimea with trains full of tanks,” claims the Daily Mail. And so on.

Since spring 2014, the Ukrainian army has been fighting rebel forces in Donbass in eastern Ukraine. The Ukrainian government has long accused Russia of supporting, arming, and bankrolling the rebels, but it is now saying that Moscow may go even further. According to the Kiev news agency, UNIAN, “Russia may try to go for an incursion and deploy its troops deeper into the territory of Ukraine … Ukraine’s military intelligence agency, GUR MO, has reported.”

“The Russian Federation is completing preparations for a set of measures, aimed at pushing our country for a military response to the invaders’ hostile action … expanding Russia’s military presence on the territory of the so-called ‘DPR’ and ‘LPR’ [Donetsk and Lugansk People’s Republics] by introducing regular units of the Russian armed forces, justifying the move by the need to protect Russian citizens.”

“In Belarus and Ukraine, the West is perceived to be waging a hybrid war against Moscow. From Putin’s point of view, the only option now is to actively counter-attack. Military analysts are still arguing about what Moscow’s options are in the coming days. The majority expect a so-called localized escalation, dramatic and devastating, leading to the deployment of Russian ‘peacekeepers’.”

The identity of this “majority” of experts is not revealed, possibly because it doesn’t exist. But the basic scenario portrayed by the media is clear: Russia is preparing to attack Ukraine, using some sort of provocation to make it seem as if the attack is justified in order to defend the people of Donbass against the Ukrainian army.

The logic here is somewhat similar to that often used when discussing the 2008 war between Russia and Georgia. For it is often claimed that Russia “provoked” the Georgians into attacking South Ossetia, so as to launch a long-planned invasion of its own. The truth was rather different. An independent commission created by the European Union found Georgia to be primarily responsible for starting the 2008 war. Nevertheless, the Georgian example raises the spectre that the Ukrainian army, and its Western amplifiers, may be preparing the informational terrain to justify an attack on the rebel forces in Donbass by making it appear as if it is acting in self-defence to forestall an imminent Russian assault.

It is true that the Russian army has been holding military exercises close to the Ukrainian border in recent weeks. The scale of these, however, is far below that required for an invasion of Ukraine. Rather than a preparation for invasion, it would appear more likely that Russian activity is designed to deter a Ukrainian attack on Donbass.

The war in Donbass has flared off and on since a notional ceasefire was agreed in February 2015. Since the start of this year, the ceasefire has largely broken down. The Special Monitoring Mission of the Organization for Security and Cooperation in Europe is reporting scores of violations every day. Meanwhile, uncorroborated pictures of a buildup of Ukrainian forces in eastern Ukraine have appeared on social media, fuelling speculation of an imminent Ukrainian offensive in Donbass.

The fear is that Ukraine may try repeat Azerbaijan’s recent success in recovering lost territories by means of war against Armenia. Ukraine has invested heavily in its army since 2015. It is now better equipped and trained than when it suffered defeat at Debaltsevo in 2015. It might think that it can recapture Donbass by military means.

This is not impossible, but a military offensive in Donbass would face many difficulties, not least the urban nature of the terrain. Ukrainian armour would be extremely vulnerable to hand-held anti-tank weapons, and Ukrainian troops would probably have to rely on heavy use of artillery. This would result in enormous destruction. The head of Ukraine’s army, General Khomchak, noted this last week and “warned against huge civilian casualties.”

In the face of such casualties, there is a high probability that Russia would intervene, especially now that large numbers of the inhabitants of Donbass have acquired Russian passports. The result would be an all-out war between Russia and Ukraine.

There can be no doubt that Russia would win such a war, probably very quickly. Therefore, if the West really wishes to help Ukraine, it should be using all its diplomatic power to ensure that the Ukrainian government does not seek to resolve its problems by military means. Unfortunately, the signals coming from Washington are rather to the contrary. In a phone call on April 1 with Ukrainian Minister of Defense Andrii Taran, US Secretary of Defense Lloyd J. Austin III “reaffirmed unwavering US support for Ukraine’s sovereignty, territorial integrity, and Euro-Atlantic aspirations.”

Austin’s statement falls short of endorsing a military offensive, but language such as “unwavering support” could easily be misinterpreted as providing a green light. In 2008, the US did not encourage Georgian President Mikheil Saakashvili to attack South Ossetia, but he seems to have misperceived US support for Georgian membership of NATO as evidence that America would back him if he did. The danger now is that the Ukrainian government might make the same mistake of thinking that the West will support it no matter what. It is important that the West disabuses Ukraine of this notion.

General Khomchak’s words about mass civilian casualties suggest an awareness in Ukraine that military action would be fraught with terrible risk. We must hope that this awareness provides the restraint needed to prevent a war that would do immense harm to all involved.