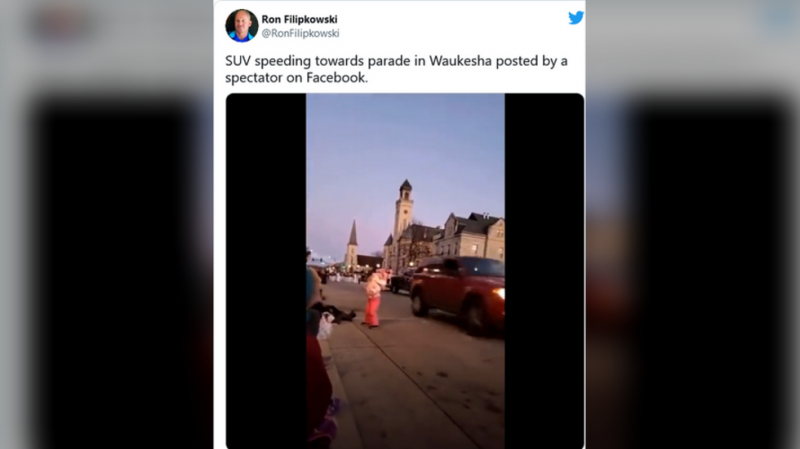 The incident took place during a holiday parade on Sunday afternoon that was streamed on the city’s Facebook page.

The broadcast was cut off after it showed a car going full speed towards the crowd. A graphic video shows the speeding vehicle plowing into a marching orchestra head-on. The musicians appeared to be oblivious to the danger. Screams could be heard in the clip.

Another clip shows the vehicle knocking down police barricades, as shots rung out in the background. It’s not clear if it was the driver of the red SUV or a police officer who opened fire.

Multiple police cars and ambulance crews have been rushed to the scene.

While the whereabouts or identity of the driver is unknown, police appeared to have located the vehicle. Photos on social media show officers attending to the red SUV with a mangled hood.

Waukesha County Executive Paul Farrow referred to the incident at the parade as “an unspeakable tragedy,” adding that “a vehicle drove through the parade route injuring many people.”