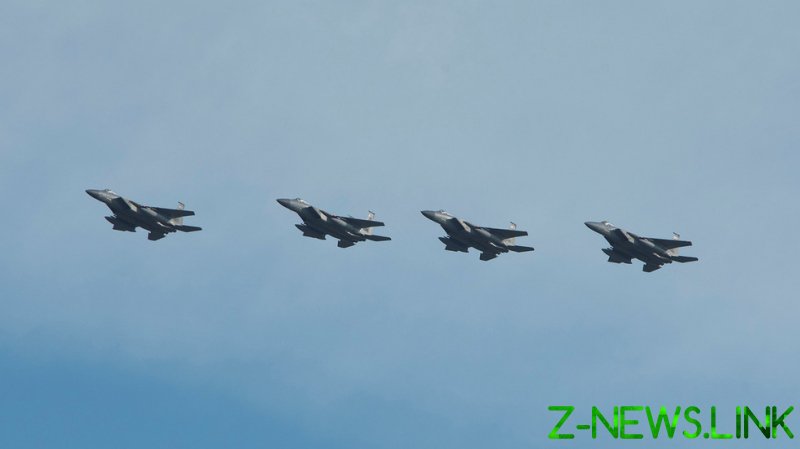 “At approximately 9:25pm, emergency responders responded to a report of an active shooter in the National Air and Space Intelligence Center” at the airbase, the 88th Air Base Wing said in a tweet on Thursday night, adding that “Security Forces are currently sweeping the building” and that “the base is on lockdown.”

Footage circulating online purported to capture a loudspeaker at the base warning servicemen the facility was being placed on lockdown, with one local resident claiming she could hear the alert from her apartment nearby, also sharing a brief clip.

While officials have released few other details so far, base spokesman Bob Purtiman told local media the situation is still “evolving” and that authorities were still investigating the reports of a shooter.

Acknowledging the public concern caused by its initial announcement, the air base followed up with another tweet noting that its “first priority is to protect our people. All of our military and civilian employees are trained to quickly assess the situation and take appropriate action.”

Local police have reportedly joined the response, according to one journalist at the scene, who shared a photo of a cruiser headed toward Wright-Patterson. The same reporter, Sean Cudahy of a local CBS affiliate, noted that vehicles did not appear to be entering or leaving the facility, with some seen parked at its gates.

Wright State University, located less than 3 miles from the air base, also put out an alert on social media, urging students and staff to  “stay clear” of certain areas on campus.

The National Air and Space Intelligence Center (NASIC) based at Wright-Patterson is the Pentagon’s “primary source for foreign air and space threat analysis,” according to an official DoD website. The base is commanded by Colonel Patrick G. Miller, and its host unit – the 88th Air Base Wing – operates and maintains the facility, also training expeditionary airmen for combat missions.