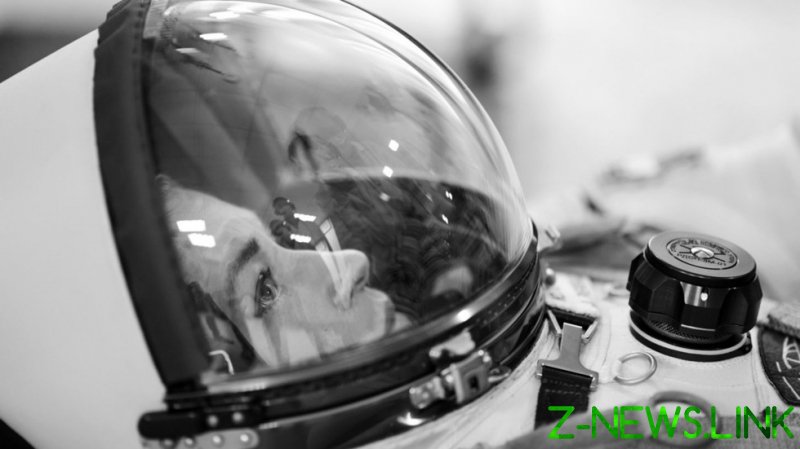 The well known performer and movie-maker Klim Shipenko joined professional cosmonaut Anton Shkaplerov on board the Soyuz MS-19, which blasted off from the Baikonur cosmodrome on Tuesday morning. Later in the day the spaceship failed to dock with the ISS in automatic mode, so the approach was aborted, and Shkaplerov successfully conducted the procedure manually.

Much to the surprise of some observers, Peresild was playing an active part in the process. The live broadcast by the Russian space agency Roscosmos included some crew communications, in which the actress could be heard confirming commands of the commander and giving him feedback. Peresild is not a career space explorer and her training before the trip was somewhat limited, compared to what people usually undergo before taking a seat in a spaceship.

“Yep, she’s working,” cosmonaut Mark Serov, who was commenting on the ongoing mission from a Roscosmos studio, confirmed.

“The control panel of the Soyuz MS spaceship has some controls that the commander cannot reach from his seat,” he explained.

His co-host, Roscosmos correspondent Nikolay Vdovin, remarked how the mission was turning out to be historic in multiple ways.

“There is a woman in orbit, a Russian, participating in the docking despite not being a professional [cosmonaut]. I suppose she can be considered a dilettante turning into a professional cosmonaut,” he mused.

“Well, this is space for you,” Vdovin responded.

The Russian space program may have been the first in the world to bring a woman into space and have one perform a spacewalk, but it has been notoriously resistant to having female space explorers in crews.

There were a total of four professional women cosmonauts in the agency: Valentina Tereshkova and Svetlana Savitskaya in the USSR, and Yelena Kondakova and Yelena Serova in modern Russia. They flew a total of six missions between them. So in a sense Peresild is banging on that proverbial space glass ceiling in Russia as she is preparing for her pioneering acting sessions on the ISS.

She and Shipenko are slated to become the first movie crew to conduct filming for a movie in low Earth orbit. The film that Peresild is starring in is titled ‘The Challenge’. Her character is a doctor, who has to go into space and perform heart surgery in zero gravity to save the life of a cosmonaut.