Reckoning for Big Tech? US tech reform group calls for ban on invasive ‘surveillance ads’ ahead of Congress disinformation hearing 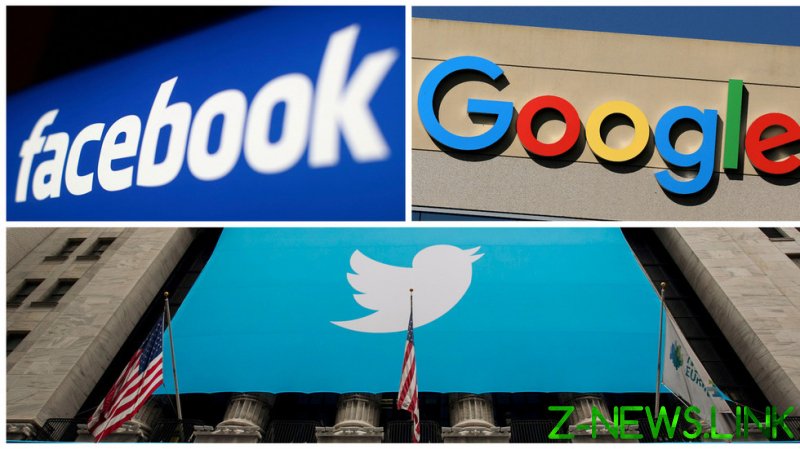 A broad coalition of privacy and civil rights groups, consumer protection and antitrust advocates on Monday demanded a ban on the practice of “surveillance advertising” by tech giants, striking at the core of a “toxic” business model they said was “undermining democracy.”

Nearly 40 organizations have called for reforms to prevent major corporations like Facebook and Google, the two dominant players in the digital advertising arena, from tracking and categorizing users so as to target them with narrowed behavioral ads.

“Social media giants are eroding our consensus reality and threatening public safety in service of a toxic, extractive business model,” states the open letter signed by a coalition of nearly 40 groups.

“There is no silver bullet to remedy this crisis… But here’s one thing we all agree on: It’s time to ban surveillance advertising,” the coalition added.

Big Tech has typically presented personalized advertising as a ‘favor’ to consumers in that it filters out unwanted ads. Critics contend, however, that the practice is invasive, with personal data being funnelled, extracted and sold to advertisers. In so doing, they argue, such platforms effectively become ad intermediaries, ad-space providers and content publishers. Except that under Section 230 of the Communications Decency Act (1996), tech companies are shielded from the legal consequences of what is published on their platforms, including libel, misinformation, hate speech, conspiracy theories, among others. Essentially, this incentivizes user engagement and online activity – which churns out more personal data – over fact-checking and other oversight mechanisms.

The coalition also argues that the surveillance ad system creates an unequal playing field for competing small businesses since the disparity in access to the ad market leads to platform monopolies.

“While Facebook and Google portray themselves as lifelines for small businesses… the surveillance-driven stranglehold over the ad market leaves the little guys with no leverage or choice,” it states.

The issue is likely to come up as the CEOs of Facebook, Twitter and Google appear before the House Energy and Commerce Committee on Thursday, to contest claims of having failed to tackle the issue of disinformation being propagated on their platforms.

Noting in a statement last month that “industry self-regulation has failed”, the committee said it is looking closely at “false claims” about Covid-19 vaccines and “supposed election fraud”.

The hearings fall on the first anniversary of Australia passing a landmark legislation that would have made Google and Facebook pay for hosting news content on their platforms. This eventually led to a showdown between Australia and Facebook, with Canberra agreeing to some amendments in February this year.

The American public appears to have the appetite for similar action, as the 2020 poll by Accountable Tech – one of the coalition members – found over 80 percent of respondents preferring to keep personal data private even if it meant they would encounter less relevant ads.