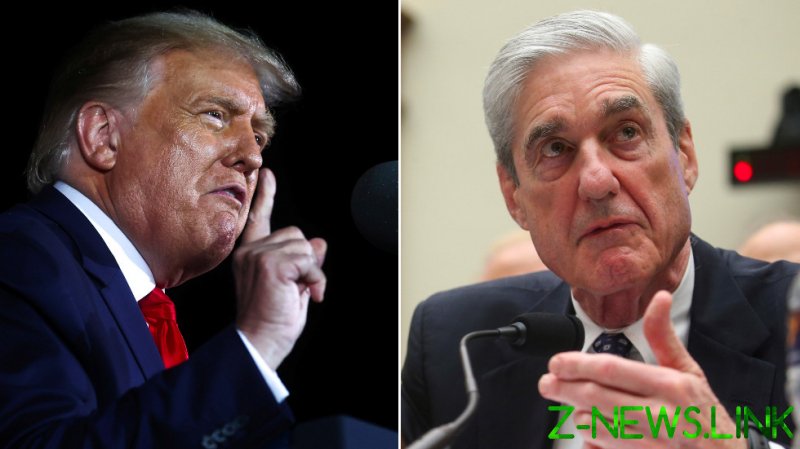 According to a Justice Department document released on Tuesday, Mueller’s investigators “accidentally” wiped their cell phones when the department’s inspector-general asked for them as evidence. At least 12 officials claimed to have lost their data, with the phones supposedly wiping themselves after too many wrong password entries.

“So now we find out that the entire Mueller ‘hit squad’ illegally wiped their phones clean just prior to the investigation of them, all using the same really dumb reason for this ‘accident,’” Trump tweeted on Saturday. He then compared the incident to “Crooked Hillary smashing her phones with a hammer, & DELETING HER EMAILS!” – a reference to Hillary Clinton’s FBI-documented destruction of her cell phones during a 2016 investigation into her mishandling of classified data.

“It has now been determined that the Mueller Scam should never have been set up in the first place,” Trump continued. “It was all an illegitimate Witch Hunt, & a big price must be paid. How different my life would have been if this fraud on America was never committed!!!”

The origins of Mueller’s probe were investigated by Justice Department Inspector General Michael Horowitz, who concluded in 2019 that the investigation itself was not biased, but the FBI’s surveillance of Trump campaign aide Carter Page was riddled with “serious errors.” It was this surveillance, coupled with uncorroborated evidence from the now-infamous ‘Steele Dossier,’ that would form the basis of the FBI’s counterintelligence campaign against Trump, a campaign that would eventually morph into the Mueller investigation.

Since Horowitz’s probe concluded, US attorney John Durham has been assigned to further investigate the origins of this campaign. His report is expected to be released in the coming weeks, and will likely be far more critical of the FBI than Horowitz’s was.