Real Madrid ready to pay 200 million for the striker “Tottenham” 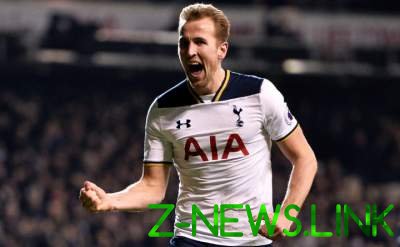 Spanish champion and current Champions League winner real Madrid is ready to pull off the biggest transfer in its history.

Head coach of real Madrid Zinedine Zidane not happy with the game French striker Karim Benzema and hopes in the summer of 2018 to get their hands on a new star striker.

According to the information portal “Don Balon”, the main purpose of the “real” became a 24-year-old striker Tottenham and England’s Harry Kane. For the strongest scorer of the English Premier League “Cream” is ready to offer £ 177 million or 200 million euros.

Part of the amount for the transfer of Kane, the “real” plans to get by selling Benzema or Gareth Bale, for whom Spanish Grand in 2013 paid Tottenham about 100 million euros.

Kane shock started the new season in seven Premier League matches, the Briton has scored six goals in two matches of the group stage of the Champions League have scored five goals.

Just the shirt of Tottenham’s Harry Kane played 174 games in which he scored 110 goals and recorded 18 assists.