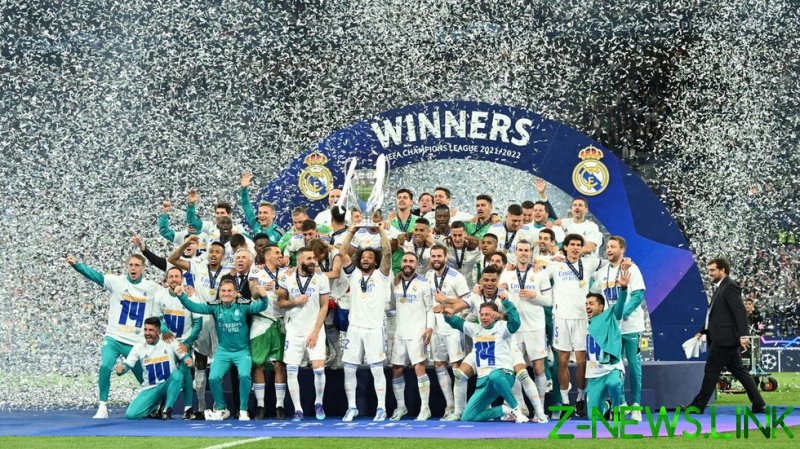 Real Madrid celebrated a 14th European Cup victory on Saturday after seeing off Liverpool 1-0 in a tense Champions League final at the Parc des Princes.

The match between the La Liga and Premier League giants kicked off 30 minutes late due to organizational problems, as reports spread of ticketless fans storming Gate U to gain illegal access to the ground, and those with valid entry being forced to wait outside the stadium for up to two hours in blistering heat in the French capital while teargassed by local police.

Liverpool were made to pay for squandering a flurry of chances in a scoreless first half, with Vinicius Jr netting the only goal of the game a quarter of an hour into the UEFA showpiece fixture’s second installment.

Slipping behind the backline and losing his marker Trent Alexander Arnold, the Brazilian wonderkid slotted home past compatriot Alisson after latching on to a low-driven Fede Valverde pass causing pandemonium to break out in the stands and among his teammates.

Just as pivotal in the win was Man of the Match Thibaut Courtois, who kept Mohamed Salah at bay with a string of world class saves and delivered what many felt was one of the greatest goalkeeping performances in the history of the competition.

“I said at the press conference yesterday that when Madrid play in finals, they win,” Courtois remarked post-match. “I saw a lot of tweets saying I would get humbled. It was the other way round.”

“Today I needed to win a final – for my career, for all the hard work, to put respect on my name because I don’t think I have enough respect, especially in England. I saw a lot of criticism that I was not good enough or whatever,” the former Chelsea shotstopper claimed.

“I’m just really happy and proud of the performance of the team, and when I needed to be there I was there for the team. We have beaten the best clubs in the world, together with us. Liverpool were very strong today. I think I played a great game and that was the difference,” concluded the Belgian.

As future Ballon d’Or hopeful Vinicius Jr. clinched his maiden UCL crown, veteran colleagues such as Luka Modric, Casemiro, Marcelo, and Karim Benzema secured their fifth with Marcelo allowed to lift the big-eared trophy first despite not featuring in the action.

In the dugout, Carlo Ancelotti has now won football’s most coveted trophy a record four times as a manager after surpassing Zinedine Zidane who scooped three back-to-back Champions League titles with the Bernabeu club from 2016-2018. 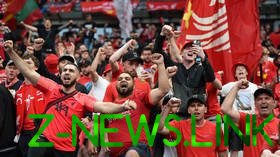 “I am a record man! I had the luck to come here last year and we’ve had a fantastic season. I found a squad, as usual, with a lot of quality and a lot of mental character.”

“We passed through some really difficult games. The supporters helped us a lot. Tonight, I’m really happy that they are happy,” Ancelotti said, before praising an “unbelievable” Courtois.

Embarking on a formidable run that saw them dump out Paris Saint Germain, Chelsea, and Manchester City on the way to trumping Liverpool in the final, Madrid are now seven triumphs in front of Ancelotti’s former club and nearest rivals AC Milan (7) as the continent’s kings.