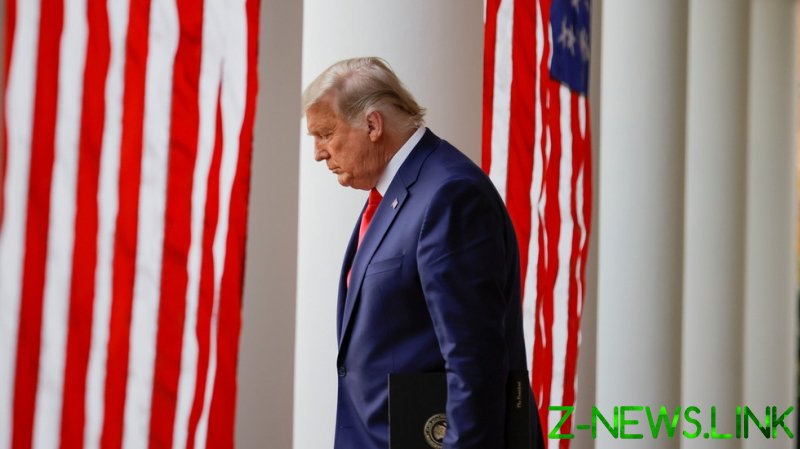 The Trump administration has yet to formally acknowledge the Democrat’s projected electoral victory and has even blocked Biden from receiving intelligence briefings. However, the president let slip during remarks about the US government’s Covid-19 vaccine development program that his presidential opponent may ultimately prevail.

While discussing his position on coronavirus restrictions, Trump noted: “Whatever happens in the future – who knows which administration it will be? I guess time will tell. But I can tell you, this administration will not go to a lockdown.”

His comments coincide with a report from Fox News personality Geraldo Rivera, who claimed that he spoke with the president by phone about the contested 2020 vote.

Trump has filed a number of lawsuits alleging that poll observers were blocked from watching the vote count in battleground states. His campaign has also claimed that late or invalid mail-in ballots were used to tip the scales in Biden’s favor.

Since the election, the US president has tweeted daily about alleged voter fraud. Election officials have pushed back against these claims, and so far Trump’s legal challenges have not altered the presumed outcome of the race.

But Trump supporters have not given up. Republican attorney Sidney Powell, who is representing former Trump National Security Advisor Michael Flynn in his Russiagate-spawned legal battle, has vowed to “release the Kraken” and expose officials involved in what she claims was widespread fraud enabled by voting machine maker Dominion Voting Systems.