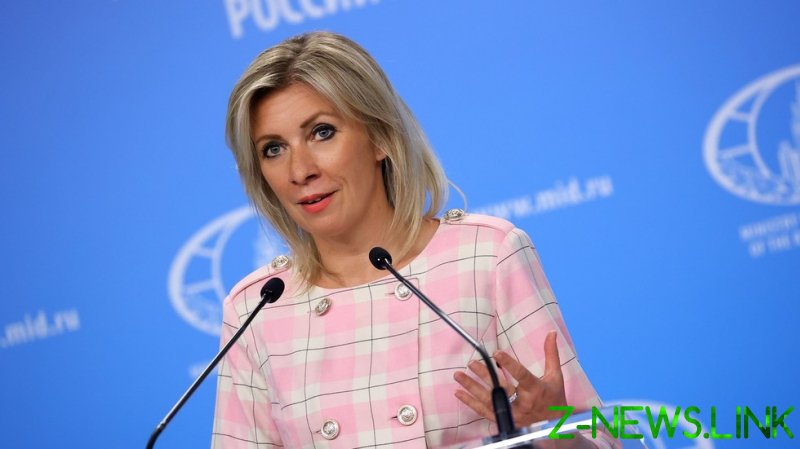 Writing on Telegram, Maria Zakharova criticized France’s foreign minister, Clément Beaune, who told TV channel France 2 on Thursday that those who were inoculated with Russian or Chinese vaccines should be shut out of the EU.

“Unacceptable statements,” she said. “It is a hybrid of racism, imperial hegemony, and neo-Nazism: entire peoples are denied equal rights and opportunities, in contrary to laws, ethics, and morality, pushing the world to confrontation at a time when it is being severely tested by the pandemic.”

Beaune pleaded with other European countries to “be cautious” and not accept jabs from Russia and China.

Konstantin Kosachev, the vice-speaker of Russia’s Federation Council, also chimed in, noting that such arguments are contrary to the interests of citizens of France. Vaccines don’t have a national identity and should be available to everyone, he said.

The debate comes as Brussels’ Ambassador to Russia, Markus Ederer, announced that the EU had invited Moscow for talks on recognizing each other’s coronavirus vaccination certificates. The diplomat said both sides “need[ed] to find a solution,” as the current situation meant Russia’s vaccines were not accepted in the EU, and Western jabs were not recognized by Moscow.

This news comes a day after British scientific journal Nature published an article stating that Russia’s Sputnik V coronavirus vaccine had been proven to be safe and effective.

At the beginning of March, the European Medicines Agency (EMA) began a sequential review of the registration dossier for Sputnik V. Despite a number of companies in the EU vying for the rights to manufacture the shot, the EMA is taking its time to approve it. Two EU member states, Hungary and Slovakia, have already included the Russian vaccine in their inoculation programs.

Aside from Sputnik V, Russia also has three other Covid-19 vaccines: EpiVacCorona, CoviVac, and Sputnik Light.