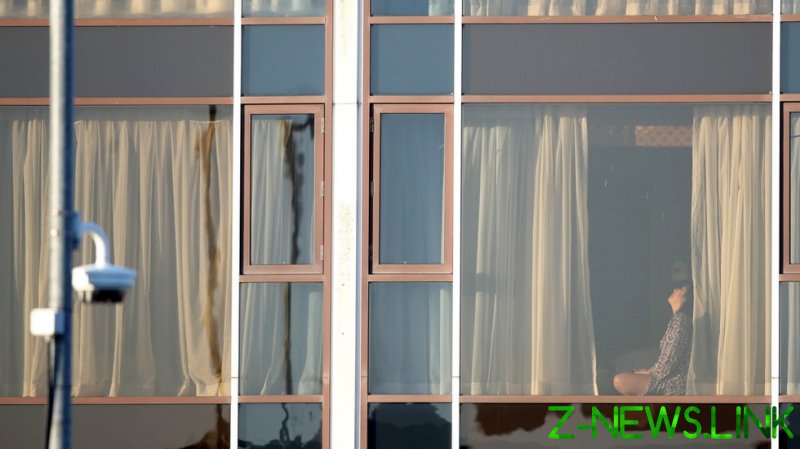 Canada’s system of mandatory quarantine hotels for those entering the country from abroad are now in question, after a series of endless, chaotic setbacks including food shortages and even alleged sexual assaults.

Some of those experiencing the quarantines, which are mandatory for all incoming travelers for a minimum of three days and at a cost of up to Can$2,000, have documented the problems on social media.

One video, posted to Twitter by Raymond Truesdale, showed frustrated Canadians at the Sheraton Gateway Hotel in Toronto arguing with hotel staff after they allegedly ran out of food and bottled water.

“We are not animals!” one angry woman shouted, while a man claimed to have been waiting in line for “more than two hours” for food.

Since the mandatory quarantine strictly confines the quarantined to their hotel, they are forced to rely on staff to receive food, water, and other essential items.

Truesdale also posted a video of his meal on Sunday. A vegetarian option of chilli, rice, and salad with a Diet Pepsi cost $47.23, which he described as “criminal” and said it took six hours to arrive at his room.

Another person apparently confined at the hotel compared it to a prison sentence and said they were “suffering” with “bad quality food,” which included a chicken sandwich for a vegetarian.

At a Holiday Inn quarantine in Toronto, residents also complained about water shortages, cold food, and a lack of eating utensils.

“I was so hungry. I called so many times,” one woman told CTV News, while another said she was left without a drink after her meal turned up without one.

Canadian quarantine hotels have also been reeling from reports of sexual assault due to a lack of security, prompting lawmakers to call for the suspension of the system.

One woman reportedly found herself at the mercy of a predator after he allegedly forced his way into her hotel room and began taking off his clothes and touching himself, with security guards initially nowhere in sight.

Another alleged predator, who was hired as a quarantine security guard, has been accused of sexually assaulting women during checks.