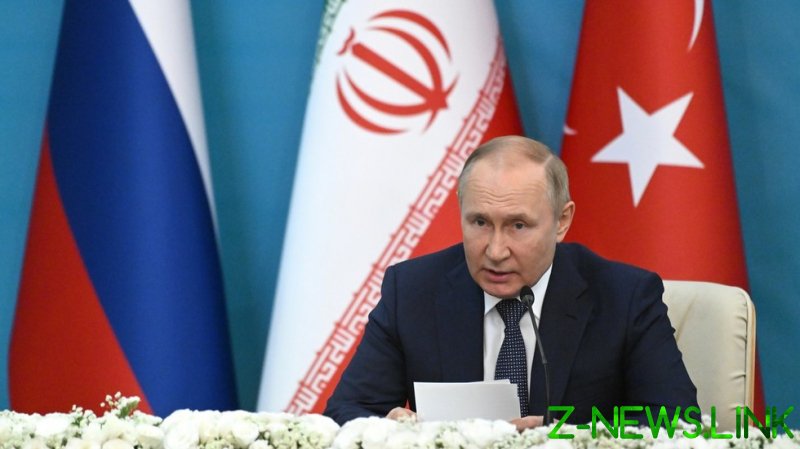 The US needs to stop “stealing” the oil from the Syrian people and state, Russian President Vladimir Putin said on Tuesday, after meeting with his Iranian and Turkish counterparts in Tehran. The three guarantors of the “Astana process” also agreed that the US should leave the trans-Euphrates, and stop making the humanitarian crisis in Syria worse with their unilateral sanctions.

American troops must leave the territory east of the Euphrates river and “stop robbing the Syrian state, the Syrian people, exporting oil illegally,” Putin told reporters on Tuesday evening. He said this was a “common position” of Russia, Iran and Turkey.

Several hundred US troops are illegally present in Syria, mainly controlling the oil wells and wheatfields in the country’s northeast, controlled by the Syrian Democratic Forces (SDF) militia since the defeat of Islamic State (IS, formerly ISIS) terrorists. The US-backed SDF has refused to reintegrate with the government in Damascus, which Washington wishes to see overthrown.

Since 2019, the US has sought to punish anyone trying to assist the reconstruction of war-torn Syria via the “Caesar Syria Civilian Protection Act,” accusing the government of President Bashar Assad of war crimes and blocking all assistance to Damascus.

Putin said on Tuesday that such sanctions have had “disastrous results” and that humanitarian aid to Syria “should not be politicized.” 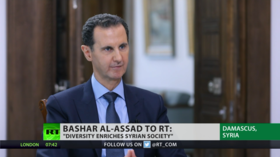 READ MORE: Assad explains why Syria is sticking with Russia

During Tuesday’s summit in Tehran, Putin met with Iranian President Ebrahim Raisi and Turkey’s Recep Tayyip Erdogan. In a joint declaration, the three presidents confirmed their conviction that “there can be no military solution to the Syrian conflict,” only a political one under the leadership of the UN. They also condemned “unilateral sanctions violating international law” that are exacerbating the serious humanitarian situation in Syria, urging the UN and other international organizations to “increase assistance to all Syrians, without discrimination, politicization and preconditions.”

Russia sent an expeditionary force to Syria in September 2015, at the request of Damascus, to help defeat IS and other terrorist groups. In January 2017, Moscow, Ankara and Tehran launched the “Astana process” – named after the capital of Kazakhstan – to resolve the conflict in Syria, which began in 2011.