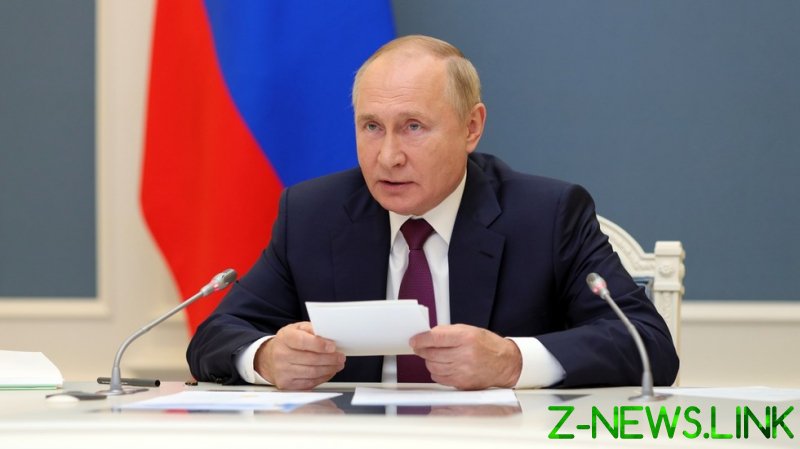 Putin’s vocal concern on planetary warming came a day before the beginning of the 2021 United Nations Climate Change Conference, known as COP26. Although the Russian president won’t be attending personally, Moscow has sent a big delegation to the meeting, which starts on Monday in Glasgow, Scotland.

According to the Russian leader, further growth in temperatures needs to be fought with both a reduction in greenhouse gas emissions and a focus on decarbonization, such as planting more trees.

The president’s sober assessment of the impacts of climate change on Russia comes after a summer of extremes, seeing wildfires and floods batter numerous of the country’s 85 regions. Even Far Eastern Yakutia, a region famous for being home to the world’s coldest city, saw flames ravage its famous Lena Pillars Nature Park.

Putin’s latest speech is not the first time he has highlighted the effect of climate change on his country. In June, speaking at his annual ‘Direct Line’ call-in show, he argued that Russia must be completely prepared for severe social and economic consequences caused by global warming because around 70% of the country’s land is vulnerable permafrost.

“We have settlements and infrastructure located [in the north],” Putin explained. “And if all [the permafrost] melts, it will lead to very serious social and economic consequences. And we should certainly be prepared for this.”

According to the president, the growth in temperatures is “primarily due to human activity,” and it is imperative to “minimize [Russia’s] contribution.”

Putin’s focus on climate change has intensified in the last year, particularly since his appearance at the 2020 Valdai International Discussion Club in Sochi where he called for an end to “unrestrained and unlimited consumption.”

“[Global warming] affects pipeline systems, residential districts built on permafrost, and so on,” Putin explained. “If as much as 25% of the near-surface layers of permafrost – which is about three or four meters – melts by 2100, we will feel the effect very strongly.”