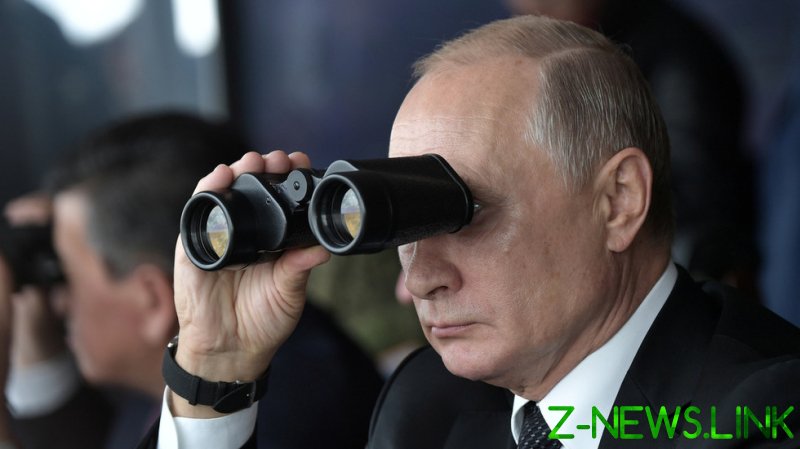 Speaking to the Washington Post on Friday, Ukraine’s new defense minister Oleksiy Reznikov sounded the alarm over the reported maneuvers of Russian forces on the nation’s borders, alleging that Moscow was trying to gauge the response of Ukraine and the West as a whole.

Reznikov called the alleged military activity part of a “chess game” Putin has been playing with the West.

As part of his first trip to Washington as a defense minister, Reznikov met with US Defense Secretary Lloyd Austin, seeking military assistance. At a press conference on Friday, Reznikov said that Kiev was hoping to boost its air and missile defense.

The minister admitted to the Post that Ukraine was in the dark about Russia’s plans in the region, alleging that Putin himself had not made up his mind whether to “go through the Ukrainian border and burn the bridges.”

Having fallen short of outright accusing Moscow of gearing up for war, Reznikov argued that the Russian president was “trying to grow that fear in the heart of people.”

“I hope he has not made his decision on this point,” the official said.

Over the past several years, Kiev has repeatedly invoked the supposed Russia threat as a pretext to demand additional military aid from the West. Recent reports in the US media that Russia has been amassing troops at the border added fuel to the fire.

Earlier this week, the claims of Russia’s alleged military build-up were reiterated by US Secretary of State Antony Blinken, who said that the US and its allies have been concerned “by reports of unusual Russian military.” Referring to Russia’s reunification with Crimea in 2014, Blinken warned that Moscow could attempt “to rehash what it undertook back in 2014.”

Russia, for its part, has consistently denied the allegations of seeking to invade Ukraine, insisting that any movement of troops within the country’s territory was its internal issue. Earlier this month, the Kremlin rejected the reports of an allegedly “marked” increase in Russian military activity as “not even worth commenting on,” while claiming that the satellite images of the purported build-up “show the border with Belarus.”