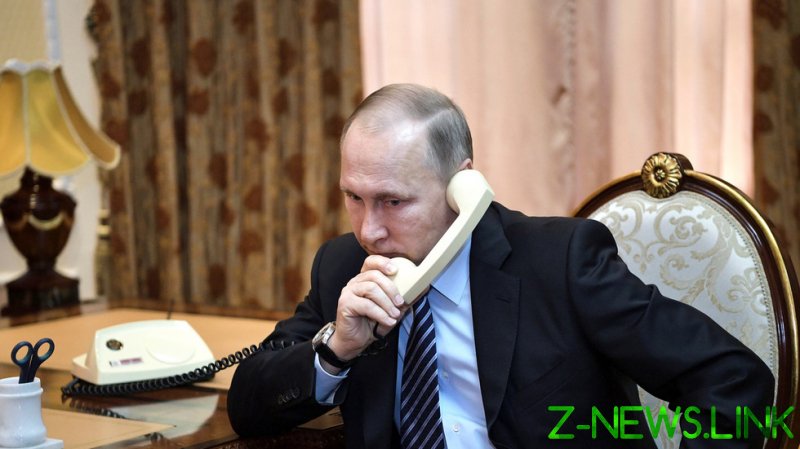 The latest developments in Kabul were one of the major points of a phone conversation between Putin and Macron, the Kremlin said in a statement on Thursday. The two leaders agreed it was important to provide security to the Afghans and focus on the pressing humanitarian issues.

Russia and France said they were ready to cooperate, including within the UN Security Council and G20 group, to contribute to the peace and stability in Afghanistan.

Putin and Macron also discussed Iran’s nuclear program and supported the idea of speedy resumption of the talks in Vienna aimed at making all the parties to the 2015 nuclear deal fulfill their commitments.

The Russian president also informed his French counterpart about the situation in the Nagorno-Karabakh region following last year’s conflict between Armenia and Azerbaijan. The situation in the area remains stable and steps are being made to restore the local economic ties and transport links, the Kremlin said.

The leaders also discussed Ukraine and once again underscored the importance of implementing the Minsk agreements.

Afghanistan was the focal point of Putin’s phone conversation with Italian Prime Minister Mario Draghi as well. The leaders agreed that the situation in Afghanistan should be prevented from sliding toward a humanitarian catastrophe.

Putin and Draghi also agreed that efforts should be made to further combat the threats of terrorism and drug trafficking, originating from the Afghan territory in particular. They added that the G20 group, which is currently headed by Italy, should consolidate its efforts to bring peace and stability to the war-torn country.

The two conversations come just a day after the Russian leader already discussed the situation in Afghanistan with the presidents of Iran and Tajikistan. German Chancellor Angela Merkel is also expected to discuss this and other topics with Vladimir Putin during her visit to Moscow, which is expected to take place on Friday.