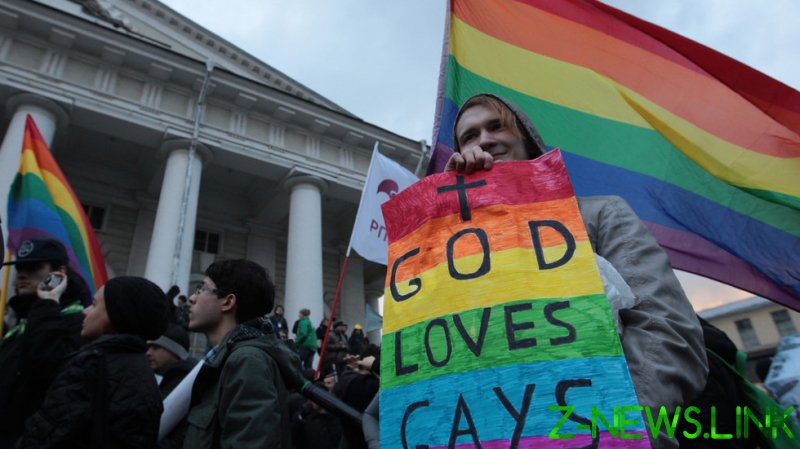 Russia should import concepts from the rest of the world, such as the best technological and economic ideas, but it should reject the view that men and women are the same thing, Russian President Vladimir Putin has claimed.

Speaking to journalists at his annual end-of-year press conference, Putin also said that the West has distorted views on transexual rights, and these issues are making their way to Russia due to the internet.

“It’s inevitable [that these concepts will arrive in Russia],” Putin said. “If someone thinks men and women are the same thing, let them think that, but let us think about common sense.”

“I believe that the traditional approach is correct. Male is male, female is female, mother is mother, and father is father. I sincerely hope that our society has the moral armor to protect us against this,” he continued, stating that these views are embedded in the religious views found in Russia.

He also spoke about the US, where he claimed that some inmates are legally changing their gender to female in order to enter women’s prisons.

“To fight against that, we should not just shout and point fingers, but we should support our own traditional values,” he concluded.

Putin’s statement isn’t the first time a senior Russian politician has spoken out against modern, progressive ideas in regards to gender issues. Earlier this month, Russian Federation Council Speaker Valentina Matvienko said that it is “unacceptable” to impose foreign values on a country without taking into account its history, faith, religion, and national characteristics.

“They are trying to impose alien values on us. And not only on us but on the advancement in the world in general,” she said. “It’s sexual minority rights. There are already 85 genders in Europe. It is unacceptable for us.”

However, despite this sentiment from some officials, Russian law has sometimes been on the side of those who have opted to change their gender. Earlier this year, a woman won a court case against an employer who fired her after legally transitioning from male to female. It was the first known precedent in Russia in which a transgender person openly defended a violation of their labor rights in court.

Last year, the Russian cabinet rejected amendments to the country’s family code that would ban people from legally changing their gender on their birth certificate. Without changing this document, it isn’t possible to receive a new passport or other ID with a different gender.