Home / WORLD / Putin calls on NATO to do a deal 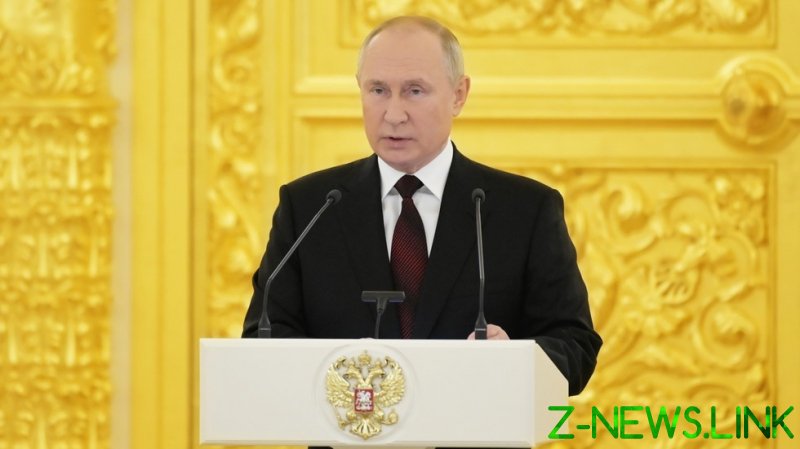 Speaking to a group of newly-arrived ambassadors in the Kremlin on Wednesday, Putin said that his country will “insist on guarantees being set out to exclude the possibility of NATO moving any further to the east, and deploying threatening weapons close to Russian territory.”

“I would like to emphasize that we need these to be legal guarantees,” the Russian president said, “given that our Western colleagues have not fulfilled their respective oral obligations. Everyone knows they made promises they wouldn’t expand eastwards, but then they did the opposite. Legitimate Russian security concerns have been ignored and continue to be ignored.”

Putin insisted that “the threat at our Western borders is really growing, and we have repeatedly talked about it. It is enough to see how close NATO’s military infrastructure has advanced to the Russian borders. It’s more than serious for us.”

According to him, the Kremlin is taking steps to secure the country’s frontiers, but the president insisted that Russia poses no threat to the West. “To shift the blame, as we say, from those who are sick in the head onto those of us who are healthy is irresponsible.”

Putin’s remarks come amid heightened tensions between the US-led military bloc and Russia over its increased presence in Eastern Europe. On Tuesday, Foreign Minister Sergey Lavrov revealed that “significant units and armaments from NATO countries, including American and British, are being moved closer to our borders.”

He also blasted what he described as the West’s long-term goal of pushing anti-Russian ventures onto other states, noting that the incorporation of former Soviet republics into the bloc is “the brightest example of this.”

In a recent interview with CNN, NATO’s chief Jens Stoltenberg said that the bloc had beefed up the size of its forces threefold and upped its presence in both the Black Sea and Baltic Sea to counter Russia’s presence. A US Navy-guided missile destroyer the ‘Arleigh Burke’ was deployed to the Black Sea last week not long after two other American warships sailed through the same waters.

Putin has previously insisted that his predecessor, Mikhail Gorbachev, was given assurances by Western leaders that NATO would not expand into the space left after the fall of the USSR. Then, in 2017, a tranche of documents was declassified, and widely interpreted as showing that American, British, and German officials gave assurances to the Kremlin in the 1990s that NATO would not push into Eastern European nations, before then admitting countries like Poland, Lithuania, Latvia and Estonia.

The purported dishonesty was cited by Putin as a strategic threat in 2014, when announcing that the country would reabsorb the Crimean Peninsula. “When the infrastructure of a military bloc is moving toward our borders, it causes us some concerns and questions. We need to take some steps in response,” he said at the time.