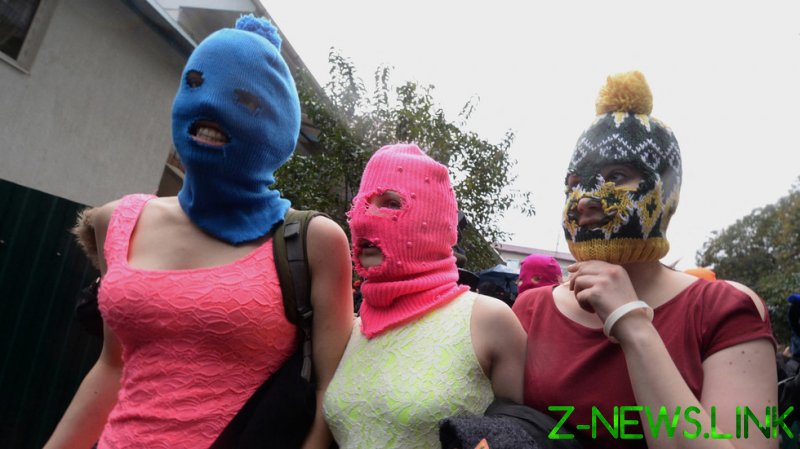 The founder of the Russian protest group Pussy Riot, Nadezhda Tolokonnikova, and fellow member, Veronika Nikulshina have been added to the Russian Ministry of Justice’s ‘foreign agents’ registry, over links to funding from abroad.

In a statement on Thursday, officials said that the decision about the controversial punk rockers “was made on the basis of documents received from authorized government bodies. In particular, according to the information received, these individuals systematically distribute materials to an indefinite circle of persons, while receiving foreign funding.”

A Russian satirist and writer, Viktor Shenderovich was also added to the list, alongside Taisiya Bekbulatova, chief editor of the https://www.rt.com/russia/544845-pussy-riot-foreign-agent-list/news website Holod. Elena Vladykina and Ivan Belyaev, two journalists connected to US state-run RFERL, itself designated as a foreign agent in Russia, were also put on the list.

The addition of the two Pussy Riot members comes after Andrey Klimov, the chairman of the Federation Council Commission for the Protection of State Sovereignty said that Russia could tighten its laws on foreign agents. Last month, the official revealed that “we have proposals for both tightening these norms and expanding their usage, as well as expanding the application of their usage.”

A former chairman of the Human Rights Council Mikhail Fedotov said that, rather than tightening the legislation, it should be completely rewritten. “When the law was transferred into the media, the crookedness there increased significantly. And what is written today on the law in the media…is just legal abracadabra,” he said. The foreign-agent status was introduced in 2012 following amendments to the law on non-profit organizations. Media outlets began to appear on the register in 2017, with individuals later ending up on the list at the end of last year.

Russian President Vladimir Putin has backed the laws, insisting that, while “some may be reluctant to say: yes, I am involved in domestic political activity and I am doing that using money I get from a foreign source,” but that “it’s better to report this and to go ahead with this activity.” According to him, the measure “exists simply to protect Russia from external meddling in its politics.”

In September, Maria Alyokhina, one of the leading stars of Pussy Riot, was sentenced to one year of restricted freedom. She was found guilty of inciting the public to gather for unauthorized protests in violation of measures aimed at preventing the spread of Covid-19 in the country in the wake of the arrest of opposition figure Alexey Navalny. However, several activists have criticized the charges as a way of shutting down criticism of the Kremlin. Pussy Riot garnered international notoriety in 2012 when its members were arrested after performing a provocative punk rock song in Moscow’s Cathedral of Christ the Savior.

Alyokhina and Tolokonnikova, alongside another member, Yekaterina Samutsevich were charged with “hooliganism motivated by religious hatred” and were later slapped with a two-year prison sentence. However, they were released in 2013 before finishing their time behind bars after the Russian Parliament signed an amnesty law.