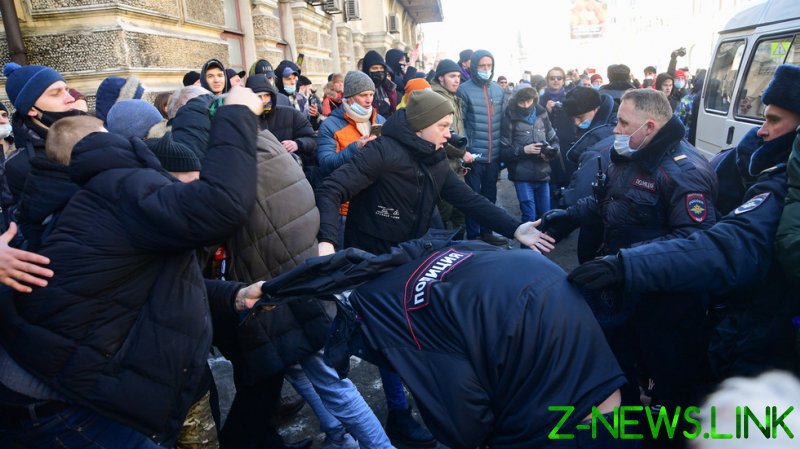 Around 250 people have rallied at a central square in the large Far Eastern city of Khabarovsk, according to the mayor’s office. The protesters demand that Navalny be released. The numbers are low compared to last year’s marches in support of former local governor Sergey Furgal, from the nationalist LDPR part, which attracted up to between 50,000 and 60,000 participants.

Police used loudspeakers to ask the crowd to leave, as the protest was not authorized by local officials. When those present refused to do so, the officers started detaining people and dragging them to police trucks. The correspondent of newspaper Kommersant reports 40 arrests.

Clashes with police also occurred in Vladivostok, where officers dispersed the crowd. In this city, bordering Japan, China and North Korea, a larger group gathered, estimated at between 500 and 1,000, by various media outlets. A star attraction was the famous internet personality Yury Dud, who joined the gathering.

In Yakutsk, police and protesters faced off in a snowy mist in the freezing cold, with temperatures down to minus 51 degrees.

Overall, 48 people were detained, including 13 in Khabarovsk, according to the website of NGO OVD-Info, an opposition source that has received Western funding.

More unauthorized protests are expected on Saturday in the European part of Russia, including Moscow and Saint Petersburg. The marches are illegal as they have no permits. Furthermore, most Russian regions have a legal ban on mass gatherings, due to the Covid-19 pandemic.

Navalny was arrested earlier this month, pending trial for violating probation terms that date back to a 2014 fraud conviction. He returned to Russia on January 17 after spending months recuperating in Germany, from an alleged poisoning, last August.

Navalny was airlifted to Berlin, from Siberian city Omsk, after suddenly feeling ill aboard a plane while traveling from Tomsk to Moscow.

German officials said the opposition figure was poisoned with the nerve agent Novichok. Navalny accused the Russian secret services of trying to assassinate him. The Kremlin has denied any involvement in the incident.