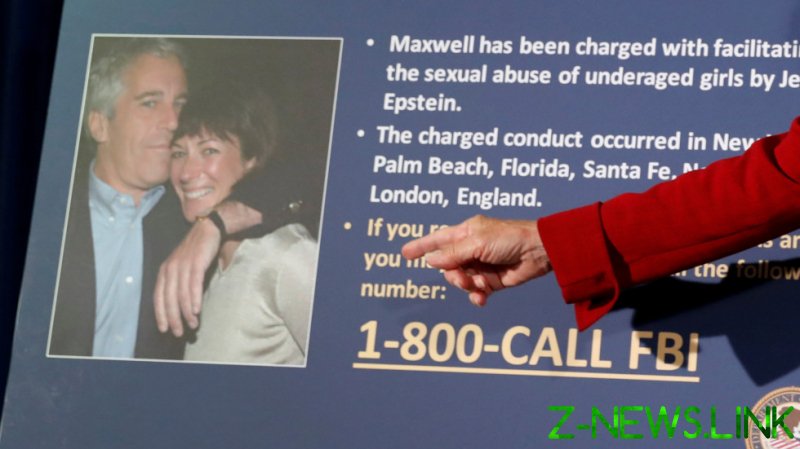 The new eight-count indictment, which was filed on Monday in US District Court in New York, expands the six-count case that was brought against Maxwell after her arrest last July over her alleged role in recruiting teenage girls for Epstein to sexually abuse. The case now includes charges of sexual trafficking and conspiracy to commit sexual trafficking – on top of the earlier counts for conspiracy to entice minors, conspiracy to transport minors and perjury.

The allegations also were broadened to involve four victims and to extend to as recently as 2004. The original grand-jury indictment against the 59-year-old Maxwell previously involved accusations concerning three girls and a timeline that ran to 1997.

Maxwell allegedly called the 14-year-old girl to schedule sexual encounters with Epstein at his Palm Beach mansion and paid her hundreds of dollars in cash for each trip. She “sought to normalize inappropriate behavior and abusive conduct by, among other things, discussing sexual topics in front of (the victim) and being present when (the victim) was nude in the massage room of the Palm Beach residence,” the updated indictment said.

The Epstein confidante allegedly groomed the girls, two of whom were as young as 14, and sometimes participated in the abuse. She pleaded not guilty to the earlier indictment and is being held in a Brooklyn, New York, jail without bail.

Epstein also was in a New York jail in August 2019, when he committed suicide by hanging himself in his cell, according to law enforcement authorities. His abrupt death still fuels speculations about the powerful people who may have been incriminated by the testimony in his case.

The new indictment comes just one week after a judge denied Maxwell’s third request to be allowed to post bail, even after she offered to renounce her citizenship in the UK and France to allay flight concerns. Maxwell has offered several other concessions to ensure she won’t flee prosecution, but Judge Alison Nathan said in last week’s ruling that “there are no combination of conditions that can reasonably assure her appearance” in court.