Home / WORLD / President Biden says US ‘could very well have’ given evacuees’ names to Taliban, as he faces criticism after deadly Kabul attack

President Biden says US ‘could very well have’ given evacuees’ names to Taliban, as he faces criticism after deadly Kabul attack 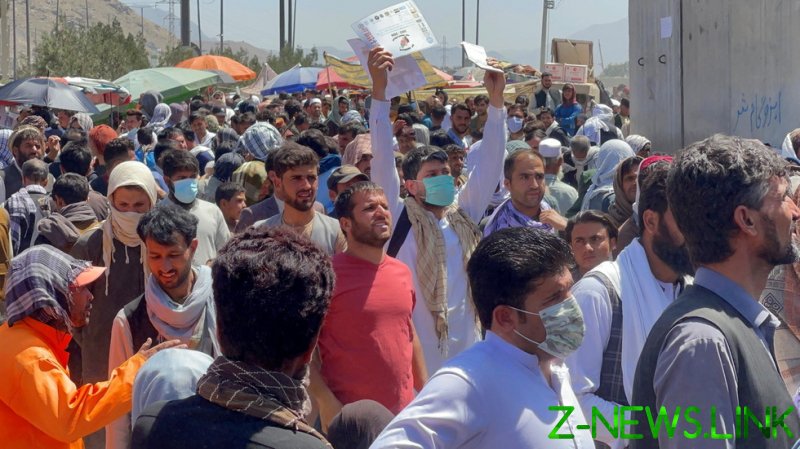 Three US officials, who spoke with the Politico news website on Thursday on the condition of anonymity, said that the Taliban was given a list of names of American citizens, green card holders and Afghan allies slated for evacuation.

The move was said to have been intended to help evacuees safely pass through militant-controlled checkpoints outside the Hamid Karzai International Airport ahead of the looming August 31 deadline for the complete withdrawal of American troops. A defense source, however, told Politico the US had effectively put Afghan helpers on “a kill list.”

Biden faced questions from reporters later on Thursday, hours after 13 US soldiers and more than 90 Afghans were killed in a twin suicide bombing near the Kabul airport. Biden acknowledged that the US sometimes shared certain details on the evacuation process with the Taliban.

Fox News contributor and spokesperson under former president Donald Trump, Kayleigh McEnany, asked why would the White House entrust the Taliban with sensitive information. “[Biden’s spokesperson] Jen Psaki says the Taliban is ‘not a group we trust, not our friends.’ So why did we rely on them to provide safe exit for Americans?”