Presentation by Oleg winnick will open the music festival 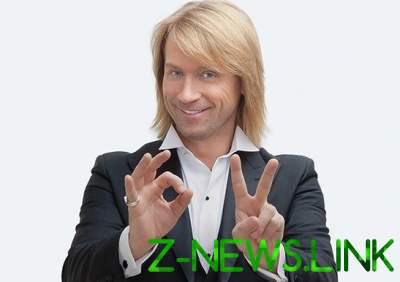 The singer will perform on the festival stage “Atlas of the Weekend.”

More recently, Oleg Vinnik was considered a hero Mature women with broken hearts. But over the years it has become a cult character among young people.

On the first day of the music festival “Atlas of the Weekend” winnick is a special rock program. Entrance will be free. The festival will be held from 3 to 8 July at the National Expocenter Exhibition of achievements of national economy in Kiev.

The organizers continued the tradition of inviting to the festival of folk heroes. Last year’s free day was headed by Verka Serduchka. At the presentation reached 135 000 listeners.

Also on the “Atlas” will feature Ukrainian performers TAYANA, Monatic, Arsen Mirzoyan, Sergey Babkin, Pianoboy. Some of them more common to see on television than at the concerts under the open sky.

Live to hear the group “Vivienne mort” with vocalist Daniela Saushkina. Their songs are melodic, have good lyrics. In winter, the band released the album “Experience”. He became one of the most remarkable musical works this year.

Results for “Atlas Weekend” will feature more than 150 artists. For them to equip seven scenes.

– Of the foreign stars invited electronic Duo “the chemical brothers”, says radio presenter and creative Director of the festival Vladislav Fisun. Their performances are a real spectacle. Doing a light show, bring to the scene of large-scale decorations. A few years ago were two four metre works that moved and glowed. Be a Dutch DJ Martin garrix. He is now number one in the world. With the help of modern devices performs music live.

Will perform an American singer with Italian roots, El PI. Her real name is Laura Pergolizzi. Twice in the past year sang in Kiev. At both shows the audience sold out tickets.

Festival “Atlas of the Weekend” this summer will be the fourth time.