Pregnant women in Australia & New Zealand need not wait until after delivery to get Pfizer jab, updated vaccination advice says 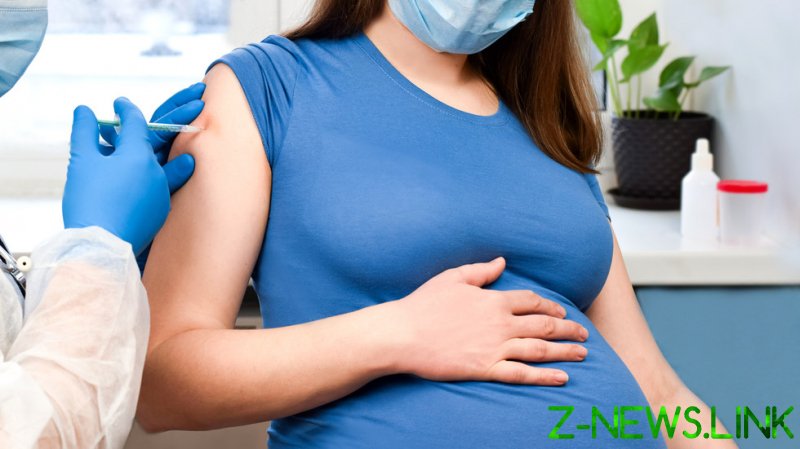 The updated medical advice was issued on Wednesday by the Australian Technical Advisory Group on Immunisation (ATAGI), an expert health panel advising the Australian government, and the Royal Australian and New Zealand College of Obstetricians and Gynaecologists (RANZCOG).

Noting that “the risk of severe outcomes from Covid-19 is significantly higher for pregnant women and their unborn baby,” a joint statement from the two groups said that: “Global surveillance data from large numbers of pregnant women have not identified any significant safety concerns with mRNA Covid-19 vaccines given at any stage of pregnancy.”

“Furthermore, there is also evidence of antibody in cord blood and breast milk, which may offer protection to infants through passive immunity,” the release said, suggesting that getting a jab during pregnancy could potentially extend a level of temporary immunity to the baby before and after birth.

A separate RANZCOG statement noted that, while the vast majority of infected pregnant women would experience mild or moderate cold/flu-like symptoms, there was also a greater potential risk of complications, including reduced lung function, increased oxygen consumption, and changed immunity.

Previous health advice had recommended that pregnant women at high risk of contracting Covid-19 – such as healthcare workers, or those with medical conditions that made them more vulnerable to the disease – needed to consider seeking vaccination. But there had been a lack of clarity about women who were not at risk of getting sick.

Due to the relatively low prevalence of the disease in Australia, RANZCOG had previously advocated a cautious approach and recommended that pregnant women wait to see what the risks associated with the vaccine were before deciding to get the shot.

Meanwhile, the New Zealand government’s vaccine rollout plan in March had designated pregnant women as a priority group, along with some 1.7 million people who are deemed to be at higher risk if they contract the disease, such as diabetics.

The updated recommendations come at a time when preliminary findings from a recent study of pregnant women who received mRNA Covid vaccines in the third trimester suggested no “obvious safety signals” with regards to pregnancy and infant outcomes.

However, that study of vaccinated pregnant women also cautioned that additional follow-up was required, and called for further investigation of women inoculated earlier in their pregnancies.

But the RANZCOG statement suggested that it was “unlikely” Covid-19 vaccines posed a risk to either pregnant women or their babies, basing that advice on “known data from other similar vaccines.”

“There is no evidence that women who become pregnant after receiving the vaccine are at increased risk of teratogenicity (fetal abnormalities), miscarriage or maternal illness,” noted the statement, adding that vaccinated women need not wait to get pregnant.

Though noting a lack of data on the “safety of Covid-19 vaccines in lactating women” or the “effects of mRNA vaccines,” the statement said such vaccines are “not thought to be a risk to the breastfeeding infant.”

RANZCOG President Vijay Roach told The Courier newspaper that the group had updated its advice after studying new data from countries such as Israel, the UK, and the US, whose vaccination programs are at much more advanced stages than Australia’s.