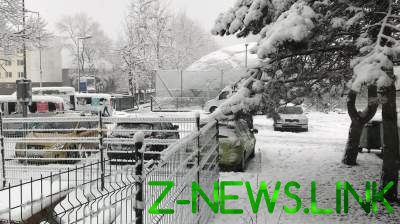 In Slovakia declared a state of emergency.

Due to heavy snowfall in Slovakia, there is a catastrophic situation – public utilities do not have time to clear the roads, so cities across the country, formed a real transport collapse.

In connection with the situation in Slovakia declared a state of emergency.

So, due to the heavy snowfall paralyzed traffic in the capital city of Bratislava, because public utilities do not have time to clear the road.

In addition, the observed result of bad weather and delays in the supply of electricity, so in the centre of Bratislava is lined trolley.

The reason traffic jams are also numerous road accident. In particular, every hour the police received dozens of accident reports.

We will add, from-for a strong snowfall remained without electricity for at least seven thousand houses in the center of the country.

From blizzards to suffer and Poland, the Alpine part of France and the UK.