“Poltava” has declared about removal from the championship of Ukraine 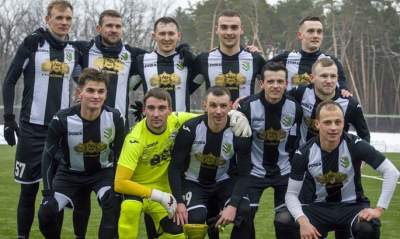 “Poltava” due to issues with the home stadium will not be in the elite of Ukrainian football.

The “Poltava” was sent to the football Federation of Ukraine letter of withdrawal of the team from the Premier League. The team refuses from participation in the tournament because of the inability to play at the home arena of Lokomotiv.

“In connection with impossibility of performance of the Committee for stadiums and security to remove shortcomings of the stadium “locomotive”, “Poltava” reports about the withdrawal of the team with the all-Ukrainian competition”, – the letter says “Poltava”.

Premier League certified “Poltava”, but did not allow the club to speak at the stadium “locomotive”, because it does not conform to the regulations of the competition. It was assumed that “Poltava” for 3-4 months home matches will hold at the stadium “Vorskla” named after butovskyi.

“The Premier League do not quite understand the position of the “Poltava” refusal from participation in the competition due to unpreparedness of the stadium “locomotive”. In this regard, the Premier League asked the club to clarify their position.

If the issue of “Poltava” will not be resolved positively, its place in the Premier League can take “Chernomorets”, “Star” or “Steel”, left the elite division by a sports principle.