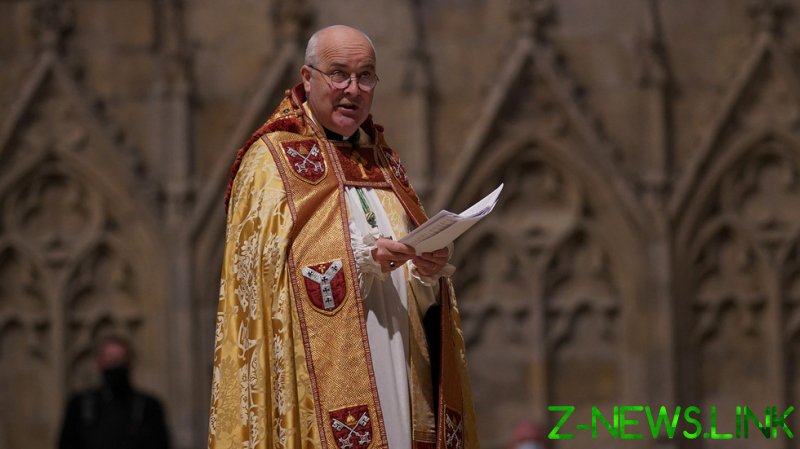 What a breath of fresh air Cottrell’s words are, especially when compared to the woke utterances of the Archbishop of Canterbury, Justin Welby, who behaves like a climate activist and seems to want to apologise for everything.

Whereas Welby jumps on every virtue-signalling bandwagon, and often sounds like an overgrown student, Cottrell seems comfortable embracing patriotism and highlighting the disconnect between the city-dwelling metropolitan liberals and the rest of the country.

Writing in the Daily Telegraph, Cottrell said, “Many English people feel left behind by metropolitan elites in London and the South East, and by devolved governments and strengthened regional identities in Scotland and Wales.”

He also said of the English that “their heartfelt cry to be heard is often disregarded, wilfully misunderstood or patronised as backwardly xenophobic.”

Hear, hear to that, I say. Most English people do not live in cities and have very different attitudes when it comes to issues such as Brexit and immigration.

Whereas the city dwellers were instinctively in favour of remaining in the European Union, and pro immigration, the majority of those outside the urban areas voted to leave and want to see stricter border controls. Holding these opinions is not racist, regardless of what the metropolitan liberals might say.

Cottrell is also right when he states that many English people feel ostracised by the current construction of the UK. They bristle when Nicola Sturgeon and her Scottish National Party acolytes bash the English. They wonder why the Scots have a parliament that deals solely with Scottish affairs when there isn’t an English equivalent. And they’re puzzled why Scottish MPs can come down to London and vote on issues that affect only England. That’s just plain wrong!

Many are also fed up that Scottish and Welsh nationalism can be celebrated without issue but expressing their English national identity is classed as racist. The Scots and the Welsh can fly their national flag, celebrate their patron saint’s day and sing patriotic songs with pride. Yet the English are afraid to fly the cross of St George or celebrate St George’s Day as they’d like because metropolitan, middle-class, liberal snobs deem it racist.

Cottrell correctly points to the fact that Englishness is often conflated with Britishness. In contrast, the Scots and the Welsh have maintained a distinct identity. To solve this issue, he suggests the English should sing their own national anthem at sporting events, as the Scots and Welsh do, and then all UK nations should sing ‘God Save the Queen’. I would suggest that next year’s Commonwealth Games, which take place in Birmingham, would be the perfect occasion to test out this innovative idea.

I really do think Cottrell is on to something here. He may well be the saviour of his own Church, which, for many years, has had declining attendance. Indeed, I hope that he’ll replace Welby  one day, and become the Archbishop of Canterbury.

Stephen Cottrell has been very brave in saying what he said. The left-wing Twitter mob will no doubt attempt to have him cancelled. You may even see the Socialist Worker brigade picketing his church. But I would argue that we should not only applaud his courage, but also his common sense and his pride in his nation.