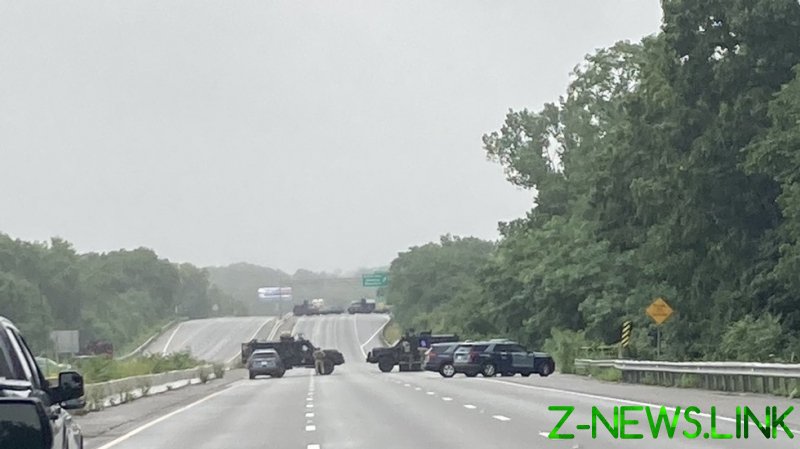 A police trooper in Wakefield, Massachusetts, a town near Boston, came across the potentially dangerous group early on Saturday, after spotting two vehicles pulled over on the side of a highway. According to media reports, the men, who were wearing tactical gear and armed with rifles and pistols, were attempting to refuel their cars when the officer approached. The trooper then asked for identification and called for backup. Instead of complying with the order, “approximately eight males fled into the woods carrying rifles and handguns,” Wakefield Police said.

The armed men are said to be part of a group that calls itself ‘Moorish American Arms’. It is believed that the group “does not recognize our laws,” the police said. The group was reportedly traveling from Rhode Island to Maine for what was described as “training.”

No threats have been made, but the men should be considered armed and dangerous, Wakefield Police said. Residents have been asked to lock their doors and remain inside their homes until the standoff is resolved.

In the latest update, the force reported that all nine men have been taken into custody.