Poland’s PM issues demand to NATO over standoff with Belarus 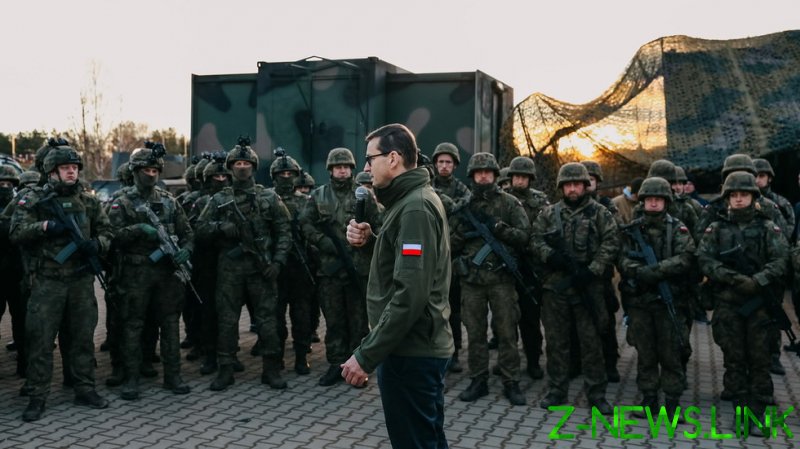 “There is no doubt that things have gone too far,” Morawiecki told the Polish PAP news agency on Sunday, adding that “words alone are not enough to stop” Minsk, which Warsaw has accused of orchestrating the border crisis.

The prime minister also revealed that he and the leaders of Latvia and Lithuania were considering invoking Article 4 of the NATO Treaty to encourage the alliance to take some action over the situation on Poland’s eastern border with Belarus.

Article 4 says parties to the treaty are to hold consultations “whenever, in the opinion of any of them, the territorial integrity, political independence or security of any of the parties is threatened.”

It is not enough to just “publicly express our concern,” Morawiecki said, adding that “commitment” and “concrete steps” were needed from all the NATO members. He said he was in constant contact with other European leaders and recently spoke to European Council President Charles Michel and EU Commission head Ursula von der Leyen. He said US President Joe Biden was aware of what Morawiecki described as Minsk’s “provocative actions.”

The Polish head of government also said new sanctions against Belarus were on the table and would be considered at the next emergency summit of the European Council requested by Poland. “We will certainly discuss further sanctions, including the complete closure of the border,” he said.

Morawiecki accused Minsk – and Moscow – of waging a “disinformation” campaign against Poland to blame it for the crisis. He also urged Western media not to fall for Belarusian President Alexander Lukashenko’s “manipulations” in exchange for access to the refugee camps, adding that some recent articles in the US gave him chills. He also encouraged the media to rely on “reliable confirmed information” provided by Poland through a specially created state-run portal.

Thousands of asylum seekers, mostly from the Middle East, have been camping out at the Belarusian border. The EU accuses Belarus of orchestrating the crisis. Minsk has repeatedly denied this, explaining it simply can’t afford increased border security due to crippling sanctions from Brussels. Belarus has also accused the EU of waging its own “hybrid war” on Minsk by supporting the Belarusian opposition.